3 Things I didn’t Miss About the USA…. And A few I did 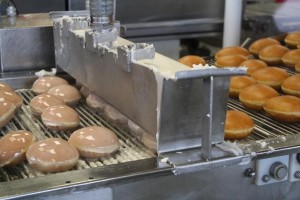 Transportation — Nothing says welcome home like finding yourself stranded at the port with no public transportation option and a long line of cab drivers rubbing their hands together in a very Scrooge McDuck fashion. While public transportation has been our norm, America is the one place this hasn’t been possible. For a 5 mile cab ride we spent $20 USD, which is also the most expensive cab ride of the trip (despite having taken a 45 min cab in China).

Health – The average American walks less than one mile a week and eats an average of 3000 calories a day, as a result, Americans are fat. This was shocking to see after having lived in China and traveled through so many third world countries where someone that fat would obviously have to be royalty. I was shocked to find no sidewalks along most streets, rendering walking impossible even if people had wanted to. Meanwhile, elevators and escalators appeared near every set of stairs so that no one has to exert themselves – ever.

Convenience – Wal Mart is convenient, we’ll give it that. But it is also a shame that all over America you can walk into any chain store or restaurant and never get the experience of trying something new or having to search for anything. Things are too easy, too cut and dry. We spent weeks searching for sunscreen in Central Asia, it became a fun challenge and when we finally did find it the feeling was euphoric. The same goes on a daily basis for find food, lodging and clothing—which could be achieved with ease in the States, but without much adventure or risk.

….and a few things I did miss:

America is such an interesting and vast country. If you wanted to walk from south to north, it would take you the better part of a year over mountains, across plains, through woods, swamps, deserts and streams. The vastness and openness of the country is something I will forever be amazed with.

Traveling in the Republic of Georgia we found people can be as friendly and polite as hotel staff on a daily basis. Most countries cannot boast this. Americans are lucky to be able to say that unless you are in a big city, most people will be chatty, friendly and pleasing. I missed how friendly and talkative Americans can be.