A Week in Ulaan Bataar

Having finished the official aspects of the rally our convoy of nine set about enjoying the lovely city of Ulaan Bataar, which ralliers refer to as UB. While on our previous visit in 2007 to Mongolia we thought UB was a dust-covered wasteland that looked more like a Russian prison camp than a city. By 2010 the city had taken on new charm and was decorated in bright, flashing lights and paved sidewalks, with only the occasional dust storm. Buildings being demolished in 2007 had made way for newer, safer looking structures and even a 5 star hotel. We were impressed with the upgrades.

The convoy, having enjoyed its finish line party until late, was led by yours truly to the only hotel that would accept nine drunk ralliers at 3:00am without a deposit, the Miami Hotel. This was conveniently located near the finish line bar, so a parade of dirty ralliers stumbled from the bar to the Miami, singing and cheering their own accomplishments on the rally. We settled into the hotel and, in the morning, discovered it wasn’t a hotel but a brothel. I talked with the reception personal in a mix of Russian and Chinese to discover they didn’t particularly want us shutting down business, which our presence apparently was. We packed up that morning and spent a few hours wandering around with our luggage looking for a hotel. None were to be had, UB was booked. We returned to the brothel for another evening and, despite their looks of dismay, the 90 year old receptionist allowed us our previous rooms.

After securing accommodation for the night we set about securing food for our desperately hungry bellies. A Chinese restaurant around the corner had peaked our interest, so we spent a few hours gorging ourselves until even the Irish were unable to eat another bite. We shopped, dined and then, heading back to Miami, we got ready to hit the town for an epic Saturday evening.

We returned to the Finish Line party to meet more ralliers who were streaming into the city daily. We ran into some of the same teams we’d been bumping into across the steppe. An ambulance we thought had died 200 miles back appeared in the parking lot that evening, with all of the occupants alive and well– a surprise to many of us. One lad did injure himself trying to do fire walking while drunk, but aside from that their injuries were only psychological. It was a great sense of finality and completion to be at the Finish line while other teams came in, to hear their amazing stories and to see their dust-covered faces and starved stomaches as they smiles from ear-to-ear and cheered their arrival at the finish line. 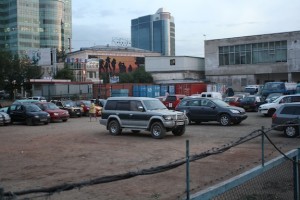 We went to the car auction downtown to see what became of our donated rally cars. We discovered that the cars are auctioned in ‘as-is’ status to the highest bidder in a public arena. Pictures of the cars and their basic facts are put on a powerpoint slide and displayed to a throng of bidders. Most cars were selling for anywhere between $1,000 USD – $1,500 USD, despite the fact that most cars were also in a dire state of disarray. We learned that cars are one of Mongolia’s chief imports and sell for much higher than they would in the US or Europe. We don’t know, yet, what our little Citroen Saxo sold for, or if it was sold at all. Some cars apparently become the property of the owners of the various drop-off points. We found this out by visiting several of the drop-offs and seeing cars from the ’08 and ’09 rallies sitting, stripped of parts, in the parking areas. It was sad to see some rally cars cast off like that, knowing the epic adventures people went through to get them to Mongolia. 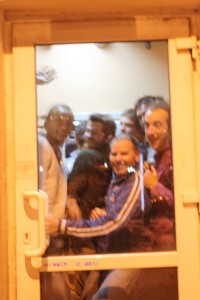 We spent the next several days shopping for gifts for family and supporting sponsors, as well as taking pictures, enjoying our last days as a convoy family, and preparing to head in our own separate directions. It was sad when the first of our group had to depart, the convoy felt broken and at a loss. It was hardest to say goodbye to the Norwegians who had so heroically saved several teams from demise by allowing them (and all their gear) to be loaded into the Fiat and carried to UB, despite the fact that they risked not finishing at all by carrying so much weight in their car for everyone else. We’ll miss Aslan and Bear! It was also hard to say goodbye to the two Irish. One from the north, and opinionated like a radio talk show host, the other from the south and as vocal and witty as a salesman. It was rough leaving the Aussie giant as well, who had grown close to Mike and developed a great giant-chiwawa relationship. Slowly, the convoy drifted in different directions towards Europe while Mike and I drifted towards China and Bill caught a flight back to the USA.