An Introduction to Darius Lux

We at ATC are constantly inspired by the travelers around us. Having recently met the digital acquaintance of singer/songwriter and traveler Darius Lux we thought we’d pass the music of a world sojourner on to our readers. Below is a letter from Darius to our readers: 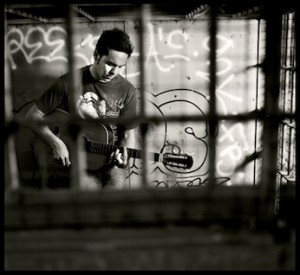 I guess you could say I had reached a point in life where I just had a hunger for something new, for the open road, to actually see and experience things that had been in books and on computer screens for too long. As a musician in NYC, I had spent almost half a decade glued to the city and it’s industry  – things had worked out well financially but I was unfulfilled and didn’t know which way to turn. Out of the blue I decided to go to a crystal healing session by Jodi Serota, it seemed like a fun new experience and I had heard good things. We sat in a circle as Jodi put her hands on the crystal skull and began channeling other-worldy sounds that I can only describe as making me feel like I could knock down a building with just my arm. The next morning I awoke with a clear vision of traveling around the world for a year – I spoke to my wife, Tiffany about it and she was instantly excited by the idea.
We found a One World explorer ticket that allowed us to travel through four continents (with three stop-offs each continent) over the course of a year, heading East to West  with no turning back. Being mostly city-dwelling folks we were in need of the basics like a tent, sleeping bags, stove etc – these items became our mobile-hobo-home for at least the first 3-4 months of travel through the Pacific: particularly in Kauai (Hawai’i), New Zealand and Australia which all proved to be great places to backpack and budget effectively.
When you travel there are so many factors that make up the bigger picture. Sure enough you set out to see things that are famous for their natural beauty or for how ancient they are, etc but it was the people we met along the way that was an unexpected gift. Reducing ourselves to travel by foot with our whole life on our back was part beatnik-retro-fantasy-homage and part madness. I sometimes look back and wonder how we made it safely round the world. There were countless ‘angels’ along the way who picked us up in our darker moments and helped us find food and shelter. Kauai alone is a whole universe unto itself with full-on communities hidden away happily in the forests and along the wild beaches, also Golden Bay in New Zealand. 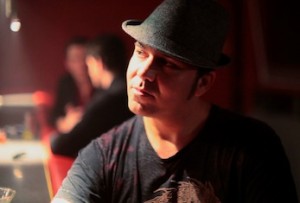 How do I fit a year around the world into a few paragraphs? Each leg of the journey was like a separate lifetime. Indonesia followed by Thailand, Cambodia, India, Nepal was one long mystical dream – we were intoxicated by the old cultures, the reverence for something bigger than themselves, the beauty and simplicity and still the complex histories.
As mentioned earlier, I had hit somewhat of a crossroads with music and the journey had been partly a self-enforced chance to rewrite my life, I had started out wanting to forget music and do something different, and yet as I traveled I felt the music pulse in me stronger than ever – South East Asia was a tipping point – the cultures have such a strong connection to music, its everywhere you go – in the temples, on the streets – people would invite us over for dinner in their shack or compound and all the family members would be playing music of some kind or another. A momentous point was climbing through the night to the top of Mount Agung (Bali) with the kids from an ashram we were staying at – as the sun rose above us we reached the peak, a kid handed me his acoustic guitar and gestured me to stand on the top where I played a song that later became “The Great Unknown” from my record “Arise” – it felt like a pivotal moment. “Arise” is the CD I recorded once I returned to the US. In hindsight, I’m not sure how “worldly” the record sounds but I know lyrically its all about digging a little deeper and going that extra mile, beyond doubt and fear, to do something extraordinary. Another song, “Human Race”, chronicles the travels a little more literally. Things aren’t always pretty and the universal struggle that most human beings are engaged in could not be ignored and was reflected on my follow up EP, “Time is Now” on the title track plus  the song, “What I Feel”.
There was also Italy, England, Brazil, Peru – too many places to write about here. All in all, I’d have to say I still see ways in which the journey effects me now – as I work on a new record, it’s influence is more present than ever on upcoming songs like “Advice from a rock”. In some ways the journey can be too much for most people to digest, understandably, and recently sitting with another song-writer, she cajoled a more user-friendly lyric about the travels in another upcoming song called “The Happy Song”.
Please feel free to connect with me, I am always happy to communicate with others who plan to travel or have already and just wanna share experiences. Here’s to the open road, let it rise…

2 thoughts on “An Introduction to Darius Lux”