An OMG Kind of Morning

On Friday our sink began to leak, we cleaned up the mess and contacted our landlord. The landlord (who speaks amazing English and is hilariously named Peter Pan) was supposed to arrive Sunday evening. He declined at the last moment and changed the sink-fixing appointment to the next morning when his elderly mother would accompany the plumber to the house.

At 9:30 on the dot the grandma arrived with a small contingent of spectators and a plumber direct out of high school. She introduced me as “the foreigner! Look, she can speak!” to which her elderly comrades began to roar in laughter and sing in unison “ting by dong! ting bu dong!”

Meanwhile, the boy began by saying that it was only a small leak, and putting a bucket under it and then emptying the contents daily would suffice. Why had I woken him up so early for an un-urgent problem?

While I was talking with the plumber about our differing opinions of severity, the grandmother was going through the drawers in the bathroom, pulling out odd objects  (floss, whats this?) and commenting on things were disorganized. Her compatriots followed closely behind her as she inspected every item in every private drawer in the bathroom, laughing periodically. 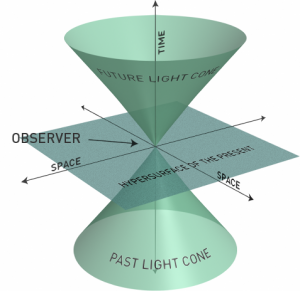 point of no return

After checking on the grandma after one particularly loud roaring laughter session (they had discovered Mike’s cologne and were spraying it on each other) I went to watch the kid fiddle around with the M.C Escher mess that was the piping under the sink. Having just read A Brief History of Time by Steven Hawking, Mike believed the arrangement under the sink was ‘infinitely illogical’ or the ‘singularity within a black hole where no light can be found.’ The kid filled both sinks with water and then watched them slowly drain. He squatted down and pulled out a wood saw and then proceeded to saw through the plastic piping at a rather odd juncture. Suddenly, water began to pour from the pipes (the sinks were, after all).

The grandma dropped my toothbrush and her accomplices put down mike’s razor and hair trimmer and together they ran into the kitchen, by the time they got there the room was flooded in a solid inch or more of dirty dish water. I sprinted to the circuit breaker and madly flipped all the switches. Our kitchen, being a black hole of logic, has wires, outlets and plugs along the floor.

By the time I got back into the kitchen they were all laughing and using our towles to mop up the water and then ring out the towels into the sink, which then drained on to the floor. I burts into laughter so uncontrolable I teared up at one point. After my laughing attach had subsided I brough in a bucket to ring the towles into. Together the grandma, her accomplace (with several of my toohpicks protruding from his pocket) and I began to ring out towels into the bucket together. The grandma, by now, had collected every towel in the apartment for the effort, and a large pile of colorful towels covered in rust, moldy food and sink water was leaning up against an outlet in the corner of the kitchen. Would we all have been electrocuted had the power been on? I found myself analyzing everyone’s shoes. Were they rubbery enough? How does that work exactly?

Eventually the kid sealed the pipe with an inordinate amount of caulking (and wads of damp toilet paper which the grandma’s accomplice had suggested), he then tied the weighted-down pipe to another weighted-down pipe to releave some of the stress. He walked out of the house in an embaressed huff as did Grandma’s sidekick when he realized he might have to help if he lingered. She was left to finish cleaning up the mess alone but smiling. I went in and helped her ring out towels and clean up under the sink.