These days we don’t really get to Abandon the Cube as much as we’d like, but this week we’re in sunny Atlantic Beach living the dream.

And by dream I literally do mean living a more vivid dream. I read once that people along the coasts dream more vividly and live life a bit more wildly. At the same time, more great thinkers, philosophers and dreamers have come from coastal cities than inlanders. I knew this before we arrived at the beach and I was looking forward to insane dreams with M.C Escher stairs with droopy Salvador Dali animals running up and down. Oddly enough, the sun has made me more tired so I haven’t been dreaming at all. On the other hand, I had an awesomely deep conversation about the pitfalls of the Machiavellian state vs Confucianism this morning, which was unlikely to happen back inland so there is that…. 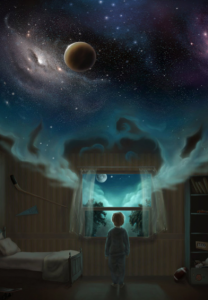 One thing I’ve always hated about the beach is how commercial it is. And it’s not just American beaches. I went to the beach in Turkmenistan a few years ago and there was a guy selling inflatable bananas, crocodiles and beach balls just like the guy on the coast here in sunny North Carolina. The only beach I’ve ever been to without capitalist swarming all over it was in Olympos, Turkey. 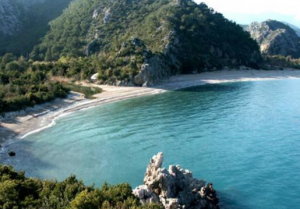 You had to hike through a jungle following a wall built in the Hellenistic period and the jump around a wall made during the Roman Empire to find this stunning blue lagoon full of hippie backpackers. It was paradise. If I found out tomorrow I had an incurable disease you’d find me the day after on the beach in Olympos looking out of crystal waters with ancient ruins behind me in the jungle. Truly awesome. 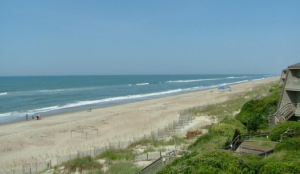 And the beach here in North Carolina could be like that if it wasn’t so developed. My uncle has a place along one of the canals and across from his home is an uninhabited island jungle that looks amazingly fun to explore. I bet the pirates of old have buried treasure out there somewhere. 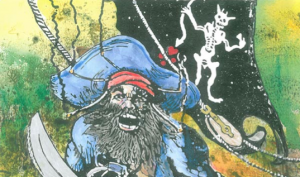 I’m also reminded, while looking out at the ocean, how close the Nazi subs were to this very area, and how many ships met their doom at Nazi hands right off the coast here. As one historian put it, “It wasn’t the US Navy or Coast Guard that controlled the Atlantic coast in 1942, it was the Nazi U-boats.”

One U-boat captain told his son (who survived him through the war) that he was most amazed at how life continued on as normal in the US despite it’s being at war. People were on the beaches every day, boats went out on joy rides ride near the lurking subs (unbeknownst to them obviously) and at night the coast was lit up from all the bars, parties and general merriment. This may be one of the reasons Americans have a reputation abroad as always jovial, never serious. 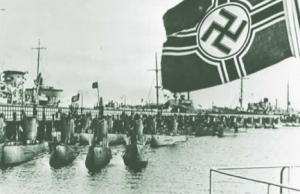 U-Boats Prep for the Atlantic Campaign

Pretty stunning how much history there is right off the coast. (Not even counting the stuff in Kitty Hawk–the first flight of the Wright Brothers.) 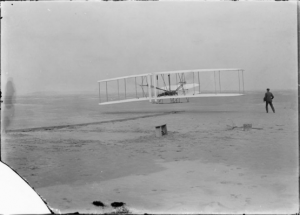 One thought on “Atlantic Beach, NC”