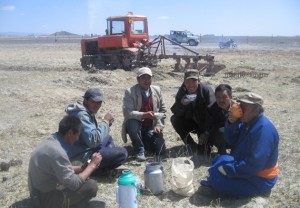 Last weekend I saw an episode of Conan on Late Night where Ben Stiller wore the stillerstrong.org headband. It made me realize our targets in fundraising have been grossly underscored. While they are ripping off Lance Armstrong’s Livestrong philosophy, it still seems to be raising an astronomical amount of funds. I feel like all I need is one big celebrity to get Mercy Corps Mongolia a crap-load of money for their good deeds back on the old’ Steppe.

We want to raise a ton of money for our charity and for our team, and if any celebrity out there still has the balls to take on Ben Stiller and Lance Armstrong to fight for the greatest charity (and the coolest team in the Mongol Rally), then don’t hesitate to contact me. I’m more than willing (and capable) of standing up to these Hollywood giants to fight the celebrity charity stand-off this Christmas season to win it all for Mercy Mongolia and for the Mongol Rally and Abandon the Cube. Bring it on, Hollywood!

2 thoughts on “Feeling Insecure: A Celebrity Call to Arms”