Grab a bite, or more 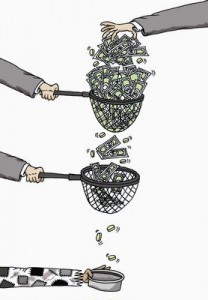 If you like to keep up with what’s going on, you’ll have heard a lot of people discussing the so-called Trickle-Down Effect. Although there’s pretty much nothing out there to back it up, this theory has been a big thing in conservative economics since the early 80s. It basically states that where plenty of people get rich, sooner or later there will be more for the not-so-rich. Or, in blunt speak: Cheer the people who skim the most, because they make your life possible by buying plenty of stuff.

Although this kind of thing’s influence on the poor man’s wallet is often disputed, one thing’s for sure: Where the rich flock, the level of quality available for money will soon rise. After all, they won’t just go for anything. So it’s actually not all that surprising that land based casinos have more to offer than just gambling, like better quality food and accommodation than a motel or a burger joint, not to mention a website.
You need us to convince you, you’re saying? 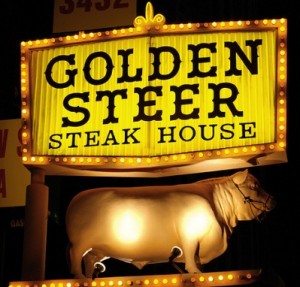 The Golden Steer is famous among other things because the Rat Pack were regulars. Visitors less accustomed to Sin City’s endless bling will find it a relaxingly modest place. They’re especially known for their beef – this is your place to go if you’re after prime rib, New York and fillet steaks. On the menu you’ll also find generous portions of escargots de Bourgogne, Pommes de Terre Lyonnaise and oysters Rockefeller. And as you’re in Las Vegas, the cocktails come in generously-sized glasses as well.

Certified to be green and sustainable is what the B&B Ristorante can claim to be. You may not believe it, but this restaurant is in Las Vegas, where “sustainable” isn’t really the first adjective that comes to mind. Chefs Jason Neve, Mario Batali and Joe Bastianich cook up an Italian menu that can easily keep up with the best Italian restaurants of New York. If you’re into the foodie scene, you’ll know of course that Batali runs one of those, too – the Babbo. The main difference’s just that it’s a damn sight simpler to get a table in Las Vegas than in the Big Apple.

Our next stop is actually part of a casino resort: The China Poblano at the Cosmopolitan Hotel and Casino. If you’ve ever thought about getting a taste of huitlacoche, this is the safe environment you’re looking for. The chef demonstrates great skill combining traditional Chinese and Mexican cuisine. Chef José Andrés’ personal show stage, this place probably has the best take-out you’ve had in your life. 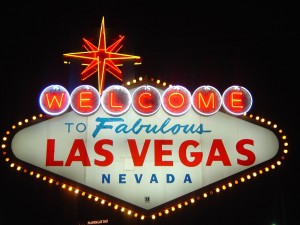 Saipin Chutima and her husband Bill took over the Lotus of Siam late in 1999. They turned a hardly known tiny Thai restaurant in one of Vegas’ best places to eat. They got a favorable review in Gourmet Magazine that catapulted them to fame. One of the reasons for this is the fact that the couple hail from the North of Thailand, not the South, where most of what we’d typically recognize as Thai cooking is from. The Chutimas’ cooking is an interesting journey into centuries of family cooking, with the guests getting to enjoy recipes that have been in the family for generations.

The last spot we’ll have a look at here is the Comme ça, a carefully set up French-style bistro. All things French are to be had here: Moules Frites, steak Tartare, duck Confit, you name it. Combine this with the view of Vegas’ own version of Paris, and this really makes for something. Although one of the more modest venues in Vegas, no doubt, this is a nice place to go for a (still pretty sizable!) snack.