When Tsarist Russia collapsed during WWI the three caucus states declared independence in a join federation which subsequently dissolved in 1918 whereupon Azerbaijan declared total independence. This too was short-lived as the Bolsheviks invaded and succeeded in securing control of the country for the USSR. During WWII Azerbaijan supplied the Soviets with a majority of their oil for the war effort, which marked Baku as an important target of the Nazi’s.

With the collapse of the Soviet Union in 1991, Azerbaijan was again independent, but found itself increasingly beset upon by conflicts with neighboring Armenia and the Nagorno-Karabakh conflict. Azerbaijan was fighting a losing battle, and eventually lost 14% of its territory to Armenia, as well as an untold number of lives (30,000+). The conflict with Armenia continues to haunt the Azeri, who call the Armenians “terrorist” and restrict access to the country.

Azerbaijan is currently experiencing a surging oil boom, and the government has instituted countless infrastructure projects with the proceeds. While the gap between the rich and poor is vast, public works programs, at least currently, seem to be a concession. 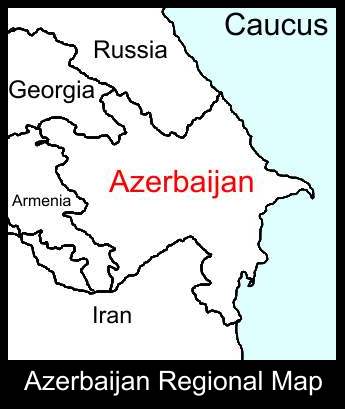 Azerbaijan’s development has been the result of many internal and external influences.  Modern Baku and Azerbaijan are full of western culture and focuses consumer markets.  The new oil rich of Azerbaijan can find plenty of luxury goods in Baku to spend their money on.  Unfortunately, this wealth has not spread and the average income is under 600-700 Azerbaijan Manat per month – a difficult figure to live by when your currency and costs are equal to Europe. 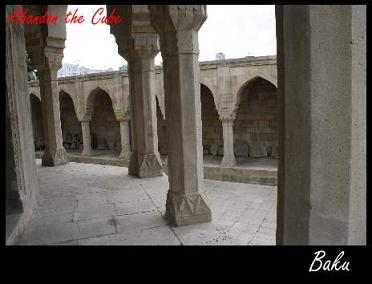 Azerbaijan culture has a plethora of international influences such as American, Russian, Armenian, Georgian, and Kurdish.  Baku is currently undergoing a reconstruction or renovation project, which interestingly enough is only putting a pretty face on the front of buildings visible to the route the president takes through the city.  From a distance the city looks immaculate and could be confused with Europe, but upon closer inspection, one realizes that the back of the buildings are still cement blocks and the fronts are covered with new marble to cover-up the old rotting walls and cracked cement.

We arrived by Ferry via Turkmenbashi, Turkmenistan (38 hours). Flights into the country are easy to find and book once your visa is secured.

Public transportation is provided across the country via buses and trains, but can be somewhat difficult to use. 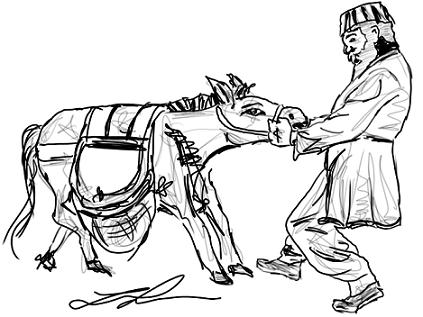 Azerbaijan Manat (AZN)
The AZN was about equal to the Euro at the time of travel, which made Baku a very expensive place to hang out.  In fact, it contributed to why we didn’t spend too much time there.  The money burns a hole in your pocket quickly so please be prepared to part with it before you arrive.  Hostels do not exist in Azerbaijan, which leaves home stays being your cheapest option.  Usually at 30-40 Euros per person, you are just as well off getting a hotel in the big cities, but you will be deprived of the hospitality that home stays offer.  Meals cost around $9-10 USD, public bus about 80 cents, a bottle of local beer $1.50, and taxis are unaffordable for the most part.

Azerbaijan, although we did not stay very long, had standard Central Asian dishes, but the most notable of all their foods was the Holy Bread.  Walking around Baku we would see plastic bags full of moldy bread hanging above trashcans.  The locals believe the bread to be holy, so it therefore cannot mix with the rest of the trash.  Sad to say, other than the local beer, we did not branch out and try a lot of local food as our stomachs were still a little touchy after our ferry ride.  However, plov and black tea are some of the staples. 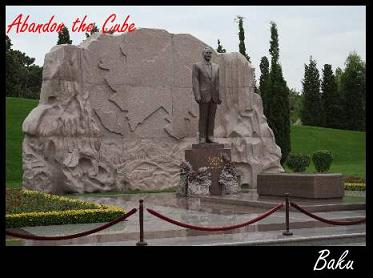 Interaction with Locals in Azerbaijan:

Moderate. We immediately found that the people of Azerbaijan were much more willing to help than in Central Asia, regardless of whether they spoke any English or not, they frequently tried to help.  Immediately as we got off the boat there were taxi drivers, but they shouldn’t really count.  However, as we walked down the main boulevard lining the Caspian, several people approached us and asked if they could help point us in the right direction.  We also stayed at a home stay for an evening and they were very generous and friendly to us, regardless of the expensive mattress in a room full of other beds.  The problem with Baku and interacting with the locals is that it is so expensive, at least it was for us, you have to pay to be certain places and your interaction with the locals is more limited than if you were out in the country.

Shop venders were very friendly, Lauren picked out a few shirts to buy, and they were always smiling and helpful.  A young boy got up and offered Lauren a seat, this was the first time I have seen anything resembling western chivalry in our travels and I was very surprised.  I tried to do the same to give my seat to a man who was in his 70’s.  His hand clamped down on my shoulder and pushed me back into my seat as if to say, “I’m not that old and I don’t need your help.”  It was respectful and I admired his attitude as it reminded me of more than one person I knew.  We also were lucky enough to meet a young man in the train ride from Baku to Tbilisi who spoke almost flawless English.  He translated everything our cabin mate said including everything about the Soviet Union, the word for black in Azeri and what they called darker skinned people, as well as his inquiries to if we had nuts in the U.S.

Suggestions for Traveling in Azerbaijan

Azerbaijan was a pleasure to visit and it has a fascinating history that is still relevant to present day issues.  The city of Baku is worth a 2 day visit, but you can pretty much see it in one day.  Outside the city, the petroglyphs and mud volcano are ridiculously expensive to get to and, we were told, not worth the cost.  The James Bond Oil fields are worth seeing if you have just seen the movie and can remember the scene – we didn’t.  Baku history, the Maiden Tower, the cemeteries, and Old City, were worthwhile, but most people told us to save our time and money for Georgia, as outside Baku, it was pretty much the same as what Georgia had to offer…but cheaper.

If traveling by land you may want to go here to get West or East, as the alternative of Iran is not spoken highly of for Americans.  Although, all the people we met who went through there really liked it.  Spend a few days in Baku, maybe venture up into the mountains in the North and then go to Georgia or Turkmenistan, but it is hard to recommend the ferry.

We entered Azerbaijan via a cargo ship crossing from Turkmenistan on the Caspian, to Baku. We stayed in Baku several days before taking the midnight train to Tbilisi. A short trip, indeed. 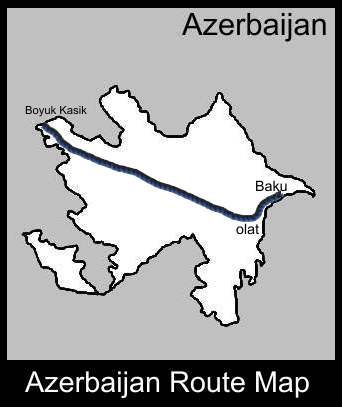