Like much of Europe, Croatia’s unified history begins around 900 AD with the establishment of the first Kingdom of Croatia, which lasted a mere two centuries, before the region was incorporated into a union with Hungary in 1102. This union lasted quite a while until Croatia’s Parliament declared independence from Austria-Hungary and co-founded the Kingdom of Yugoslavia, which existed in part until 1991 when Croatia became independent. Today the country is a proud member of the EU and NATO.

Traveling into Croatia can be difficult as timetables are hard to get in advance and often there is only one train a day in any given direction. The same applies with buses and flights, so plan to have transportation problems when traveling internationally. Inside Croatia transportation is easier, and inner city transport by bus, trolley and taxi are easy to find and navigate. 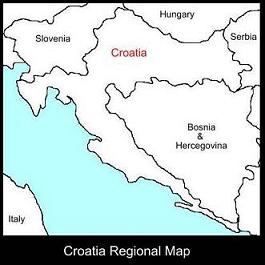 Prices in Croatia are roughly equivalent to those in the rest of Eastern Europe, and the Euro is usually accepted. We found it was more expensive than neighboring Bosnia and Hercegovenia, but less so than Slovenia to its West. 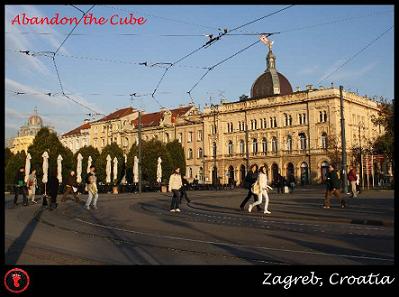 We find that most Eastern-European food was quite similarly a mix of Ottoman (Turkish) cuisine and other western delicacies like french-fires. The city was sprinkled with western fast food as well as kebab stands, and the smell of the morning’s baked goods wafted throughout the main thoroughfares.

We found the Zagreb locals friendly and helpful, if not in an incredible hurry. We talked with quite a few people waiting around the train station’s main square and waiting for the nearby rush-hour tram. While a modern city, Zagreb still has friendly and curious locals willing to help and chat with visitors. Everyone did seem to be very focused on where they were going, and everyone we saw was dressed in amazingly professional attire, a testament to Croatia’s commitment to modernity. 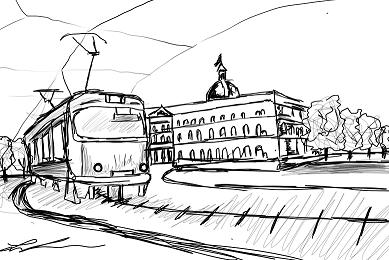 Suggestions for Travel in Croatia:

Trains coming into and leaving Zagreb travel on curious time tables that somewhat defy logic. In order to stick to your plans, attempt to find a train schedule in advance. Buses often do not travel internationally to nearby capitals, so many fly as a last resort, despite the relative proximity of other capitals. 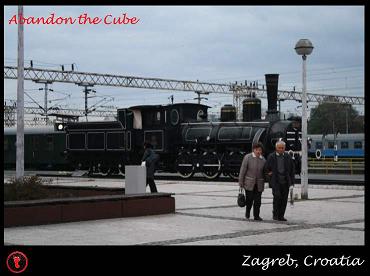 It is a bit unfair to give a recommendation for Croatia, having spent only a short time in the country’s capital. However, we enjoyed our short stay in Zagreb, which we found wonderfully colorful, delightfully organized and extremely busy. The architecture of Zagreb gives it an ancient village charm, despite the city’s large size, and the monuments and parks that dot the city help keep the small-town feel alive.

US and EU citizens do not need visas. Check with the embassy in your home country to see if you are required to have a visa, or check out the visa link to the left. 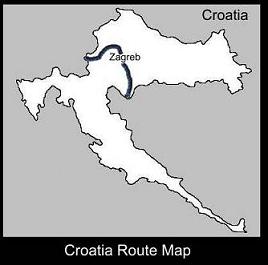 Our Route in Croatia:

We traveled from Bosnia & Hercegovina by train to Zagreb, and then from the capital to Slovenia also by train. Most travelers visit Croatia’s famous coastline, which we hope to see in future trips.