Serbs are proud of their long history and the fact that 17 Roman Emperors were born in the region. With strong ties with the Empire, when Emperor Heraclius asked the White Serbs to defend the borders from invading Avars, they complied and were granted victorious lands in return. Their dominion fell under the rule of the Byzantine powers until a revolution in 1040 AD, when a small Serbian state rebelled and gained independence, even establishing its own King.  Other states followed suit and their combined armies pushed southward, expanding their territory. Serbia reached its peak in the 14th century and felt significant decline with the invasion of the Ottoman Empire in the 16th century. 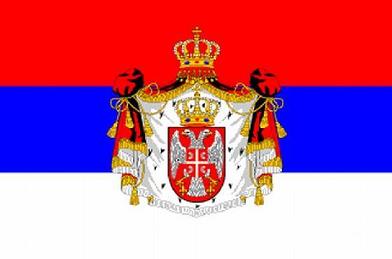 It was only in the 19th century that the Serbs successfully rebelled and shrugged off Ottoman rule while subsequently expanding its territory. When the Archduke Franz Ferdinand was assassinated in neighboring Sarajevo, Austria-Hungary declared war on Serbia, whose ally Russia mobilized to defend it. In retaliation, Austria-Hungary’s ally Germany declared war on Russia, and WWI ensued. After WWI, Serbia allied with several other peoples to form Yugoslavia. During WWII, the Yugoslav Regent, Prince Paul, signed a pact with the Axis powers, but was overthrown by demonstrators for this act of support. In response, Germany invaded and Yugoslavia surrendered, and was dissolved by the Germans into military administration states co-ruled by Germans and locals. When the Allies won WWI, Yugoslavia came under the occupation of Soviet and Bulgarian rule, thus settling all internal civil conflicts about who should rule, with favor given to the Socialist parties. After the war, it became obvious that Croatia had launched a genocide against Serbs, Jews and Roma who were living in their territory, some 600,000 Serbs were killed as a result. 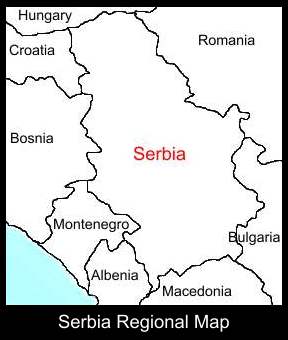 In 1990 a multiparty democracy was established by Milosevic, thus overthrowing years of communist rule. They allied with Montenegro and were opposed by Bosnia & Herzegovina, sparking inner- Yugoslav tensions that resulted in war. After the war, Montenegro voted to become independent from Serbia, and Yugoslavia was no more.  In February 2008, Kosovo declared independence while Serbia continues to regard the region as a province under UN rule. 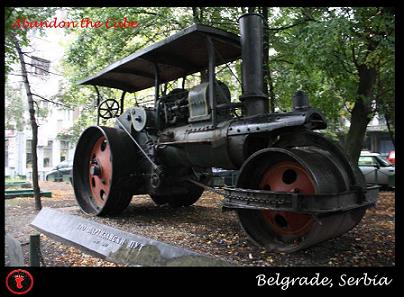 A vast network of buses and trains criss-cross Serbia, giving every conceivable travel option. There are also three major airports and Serbia operates one of the oldest airline carriers, Jat Airways. As a pivotal cross roads between the east and west, Serbia’s transportation network received special attention during and after WWII, giving it a lasting transportation system.

The Serbian economy is deemed an upper-middle income economy, yet when we visited prices in Serbia were inflated and Serbian money in exchange to the dollar and Euro was strong. 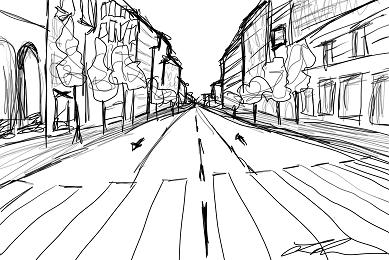 Serbian food is the food of all of its invaders, visitors and from its own rich heritage. Thus it as a varied and hard to define cuisine. From Greek-inspired foods to donars from the Ottoman as well as European meat dishes and Bulgarian drinks, there is a vast heritage of foods the modern result of which is an incredible eating culture.

While in Belgrade, we were able to get around easily with our English and limited Russian. It is an independent city with a strong sense of living history, exemplified by the fact that the castle stands restored next to the military museum. On local transportation, buses and trains, interaction is high and locals are inclined to question you repeatedly about your personal life, income and travel plans. 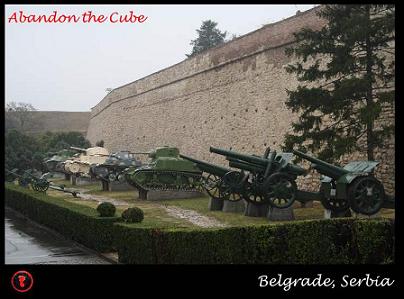 Suggestions for Traveling in Serbia:

We have very little to suggest about Serbia, everything is as logical as can be and as convenient as if you were in any European country. We found Serbia to be a bit expensive, so perhaps do not plan any shopping sprees while visiting.

Belgrade is a beautiful city that is alive with history, culture, cuisine and character. Simply walking around admiring the architecture is a worthwhile activity. We really enjoyed the castle, the military museum and old town, but while the city is beautiful, it is perhaps a bit modern for our particular tastes.

As a member of the UN, other UN states, Australia and the USA do not need visas to enter Serbia. Citizens of other countries need to apply for a visa at the Serbian embassy.

We travelled from Sofia, Bulgaria by train to Belgrade, Serbia, a train which was slow, ditry and full of smoke but nevertheless on time. From Belgrade we took a bus to Sarajevo, directly through Kosovo. 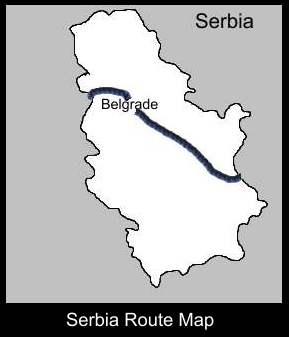