The History of Germany:

Dating back to AD 100, the Germanic territory has been a documented area and people for thousands of years. Once a part of the Holy Roman Empire, which lasted until 1806, the German region became an important part of the religious reformation in the 16th century. These religious roots remain strong in Germany, where the split is still catholic-protestant. By 1871 the states were unified and the German Empire was born. The Weimar Republic was born in 1918, followed quickly by the Third Rich in 1933 which led to the attempted expansion of Germany in WWI. After the failed attempt, the dictatorship of Adolf Hitler spawned WWII in 1939, which lasted until 1945 and witnessed the fall of the Nazi party and Hitler’s hold on Germany. The country was divided into two administrative regions which were united in 1990 after the fall of the Berlin Wall.

Germany is a founding member of the UE, and has been part of the Schengen Area since 1999 (no visas required for Germany to Europeans member nations). Germany is a member of the UN, NATO, G8, G20 and others, and has a prosperous economy that ranks fourth by GDP and fifth by purchasing power. The nation is known for exporting cars, engineered machinery and metals, as well as beer. 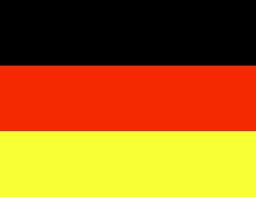 German culture spans several thousands of years and was impacted by religious, secular and regional events and trends. From the Middle Ages on literature, music, art, political thinking, cinema and sport have all been prominent in Germany. It isn’t difficult to come up with famous thinkers and performers in each category from Karl Marx to Nietzsche, Beethoven, Bach, Brahms and Wagner to painters like Durer.

German folk culture is amazingly interesting, with events like the Weihnachtsmarkts, Leonhardifahrt and Oktober fest to name a few folk traditions that have blossomed into annual events.

Nothing is as efficient or long-lasting in the world of roadway construction as the German autobahn. This pinnacle of German engineering is so well known that people come from around the world for the experience of driving on it. We drove the autobahn in 2010 on the Mongol Rally, but Lauren crashed her first car off the Autobahn in 2000. 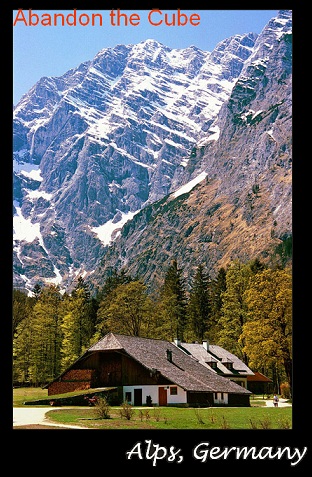 Trains, airports, buses, ferries and even segways are all used in Germany for transportation. It is an efficient country and one that is easy to travel without a car. The train is affordable and clean, and will whisk you between nearby cities quickly and easily. Since parking is often a nightmare, the train is quicker and easier from one city to another, and park-n-ride options outside major cities are common.

Germany switched from the Deutsche Mark to the Euro in 2002. This, along with inflation and the relative increases in living and traveling expenses, has made Germany more expensive than it was prior to the switch. You’ll find the average meal will set you back around $10 USD per person in a regular street restaurant, or $30 a person in a nicer, mid-range restaurant. Hotels are more expensive than the USA at roughly $200-$350 a night for mid-range lodgings. Renting a car is expensive, as are petrol prices.

German food is famous, and for good reason. From spatzle to wurst, kartoffel salad to schnitzel—there are dozens of German dishes you have heard of and have come to love. More than that, in German you find a hearty mix of vegetables (usually potato, cabbage or asparagus based) with creative meat dishes like hot-dog style wurst, or whole duck and chicken’s roasted over open flames. Cheese is popular, as is beer, apples and marzipan. You’ll find dozens of desserts you know from German (bleak forest cake!) as well as common terms from German like streusel. 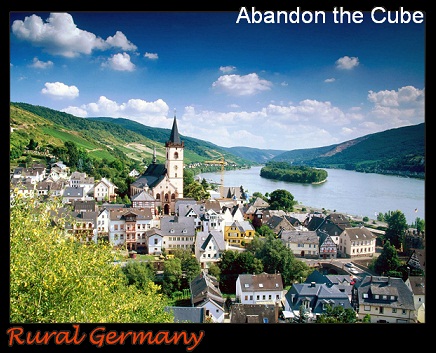 Germans are a confident but sometimes shy people. It was hard for us to talk with many Germans, who seemed comfortable with their superb English abilities but less so with their communication abilities. In major cities, where many expats live, this isn’t the case but in smaller towns it is harder to strike up a conversation. Still, Germans are an amazing people and well worth getting to know.

Suggestions For Traveling in Germany:

Germany is a big country, and there are so many things to see and do that it becomes impossible to really experience Germany in one visit. We suggest returning to Germany multiple times to get the full understanding of the life, culture and people in the area.

Like most of Europe, Germany is expensive. That means you’ll have to save in advance for any foray into the country. Renting a car may be cheaper that Euro Rail in the end, and will allow you to see more than the area around the tracks.

We loved our time in Germany. Lauren has spent over six years there while Mike had only a short visit on the 2010 Mongol Rally, but it is a country they both hope to return to often. The food is amazing, the people are friendly, the roads are efficient, the sites are clean and full of history and culture. What’s not to love?

Europeans, Americans, Canadians and Australians do not need visas. Please check with the German consulate in your home country if you do not hail from one of these nations.

Our Route Through Germany:

With multiple visits to Germany, including the 2010 Mongol Rally, no route information is currently available. We drove from Luxembourg through southern Germany to the Czech Republic in 2010, which was our last visit to the region.