Influential, but Perhaps not so Famous Adventurers

When ever you get to the point, if this actually happens, that you feel like there isn’t anything else you could do to top what you have already done, come look at our new page of Influential Adventurers and Explorers.  Lauren put together this list of some absolutely amazing trailblazers, some of whom are classic and some who are modern and not so well known, yet.  I want to take a moment to mention some of my personal favorites, but I urge you to check out our entire page which is complete with books and movies which were written about or by the explorer or adventurer. 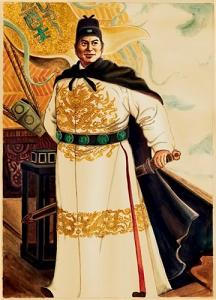 An ode to China, probably because of personal ties and interest in Chinese history – Zheng He.  There have been several books written about him recently and a lot of research about his accomplishments under the Yongle  Emperer.  He commanded a fleet of around 300 ships and over 20,000 men and possibly sailed as far as the Americas. See:  1421: The Year China Discovered America.  Moreover, he did all of this without his genitalia as he was a Eunuch.  Quite impressive if you ask me.

Not only was his fleet probably the largest of his time, the size of his ships was 10 times that of European mariners of his time period.   We were lucky to see Zheng He’s tomb in Nanjing when we visited in early 2008.  For connecting China to the rest of the world and bringing back cultures from every end of the known world, as the time, to the Emperor, Zheng He deserves a place on our list as a recently well known explorer.

In Expedition 360 Jason Lewis, a modern day adventurer, circumnavigated the globe by human power only – absolutely no engines at all.   He taught children while he traveled and raised money for charity along the way.  Hats off to such a brilliant accomplishment.  It is great to see people of our time still finding things that have not been done before and pursuing the impossible.  Jason wrote about some of his experiences in a book titled: Flightless: Incredible Journeys Without Leaving the Ground

Benedict Allen is another personal favorite, and recently discovered adventurer of our times.  Instead of using all the fancy gadgets we have now, Allen has reverted back to the way of the original explorers in an almost necessary way.   His ability to leave his laptop and GPS behind deserves him a spot on our list.  Allen relies on embedding himself with indigenous people and learning their ways and culture and hoping they, and sometimes children, will take him in and teach him their ways.  He uses the skills they teach him to get through their terrain and survive in their environments as well as get him from A to B. Into the Abyss.

If you have any more influential and perhaps not so well known adventurers / explorers to add, please comment below and we will add them to our Influential Adventurers page on www.abandonthecube.com.