Seeing Oklahoma! And being in Oklahoma

One of our last days in Beijing was spent seeing Oklahoma! A good friend of ours was playing the role of Jud Fry. He was a masterful actor/singer, and took the role to a new extreme (think: the Joker in the latest Batman series meets Syler from Heroes). We got a wonderful idea about the landscape and musical people of Oklahoma from the musical. So, when we found ourselves in Little Rock looking at a map and scratching our heads we decided to head to Tulsa to check out the panhandle state and see a few cowboys and cowgirls singing and line dancing together in the streets. 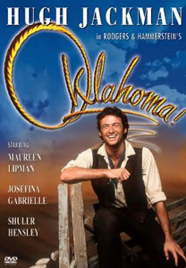 Funny story. Tulsa (at least the part we visited) looked almost nothing like the backdrops in the musical. Gone were the Western store fronts, the horses ties to hitching posts, the smoke houses and the creepy barns. In their place were Olive Gardens, A plethora of fast food options, and a sleazy nightclub called Blush whose pink flashing lights penetrated the windows of our hotel across the street. All is not well in Oklahoma, and it appears Jud Fry took over the place in a sinister scheme to modernize it and strip it of personality. Well done, musical villain!

Driving around Oklahoma one gets a sense of what it would be like to be on Mars. There is litter variation in geography and it becomes a battle of mind over reality. I imagine this is the exact feeling insane people have when locked in a padded, seamless room. On an more positive note, the world’s largest McDonald’s cuts over the highway in Oklahoma. I was worried about the structural integrity of the overpass with all the obese people waddling in and out of the restaurant. I hate to reference another movie, but Oklahoma isn’t far off from the characters in Wallie. 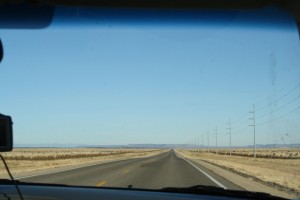 All of this being said, some of the most interesting, creative and intelligent people we know hail from Oklahoma. We didn’t meet them there. No, they were smart enough to get the hell out. But perhaps a barren geography and lack of entertainment means the people turn inwards and work on their own beauty and skill. Musicians, artists, thinkers and politicians are among the traits our Oklahoma friends have. Maybe there is something positive in the water.