When I was in high school I distinctly remember the day we learned about the concept of a Malthusian Crisis. The teacher drew an upward bow on the black board representing population, and another bow, not as bent as the former, representing food supplies. Where those two bows intersected, the teacher explained, chaos would ensue.

Now that we have seven billion people, I’m reminded of the dread of watching my teacher run the chalk back and forth of the giant X that marked the crisis point.

The BBC is making light of this in one way by offering a “Which Number are You” algorithm to show you exactly what the upward bow was like when you were born. As someone approaching thirty, I was surprised to see that when I was born, the crisis wasn’t all that bad. Check out the slope roughly thirty years ago. I appeared where the orange turns grey.

As far as I can tell, the upward slope started around the 1950s, which would be the post WWII era. But the western world isn’t where the population is necessarily exploding. Look at the next chart:

The above chart shows that the USA has a +0.9 population growth. This is in line with what we’ve been hearing about developed nations– they produce fewer offspring and thus preserve resources. Japan, for example, has one of the lowest growth rates and is one of the most advanced first world nations. (The stats in the image above fr Qatar and Moldova are skewed by immigration statistics versus real birth/death ratios).

The BBC offers a very helpful list of ideas to reduce the global population, but I’m of the opinion that unless people slow down on their own the crisis point will get nearer. China’s one child policy, for example, doesn’t seem to be slowing it’s overall growth, and loop-holes for the super rich mean that you can “buy” the rights to another child, making children a commodity and a status symbol. Essentially, the mindset of producing more children so you have a stable, large family has to be replaced with the concept of producing one or two children to either decrease or stabilize the global population and preserve each nation’s food stock.

One of the points in the Malthusian theory is that not only will resources run out (like oil will, in my lifetime) but diseases will be more prevalent due to overcrowding, which we’re already seeing in the form of new antibiotic-resistant superbugs and diseases like SARS and hoof and mouth and mad cow. Not just overcrowding of humans, but of the livestock raised in cramped corners to feed the obese population. 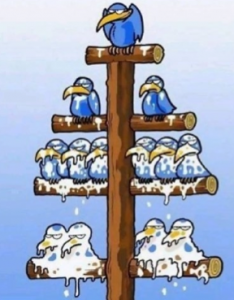 Still, one of the craziest parts of having seven billion people is how connected everyone is, now more than ever, by internet and phone technology. And as the population grows and people get better connected, it’s surprising to see that the top 1% continue to thrive, mostly unopposed, despite the massive scale of the lower ranks. This current Occupy Wallstreet phenomenon hints and deep distrust and resentment on a grand scale, but also demonstrates that the system isn’t as unstable as Malthus would suppose at this point in the upward bow of humanity.

Yesterday in the bar a Chinese gentleman quipped that if we can survive the next year, as a people, we’ll be okay. He didn’t look optimistic about the markets, humanity, or its bulbous population.

Let’s hope they find that Mars rover and that all of Ray Bradbury’s space colonization dreams come true.