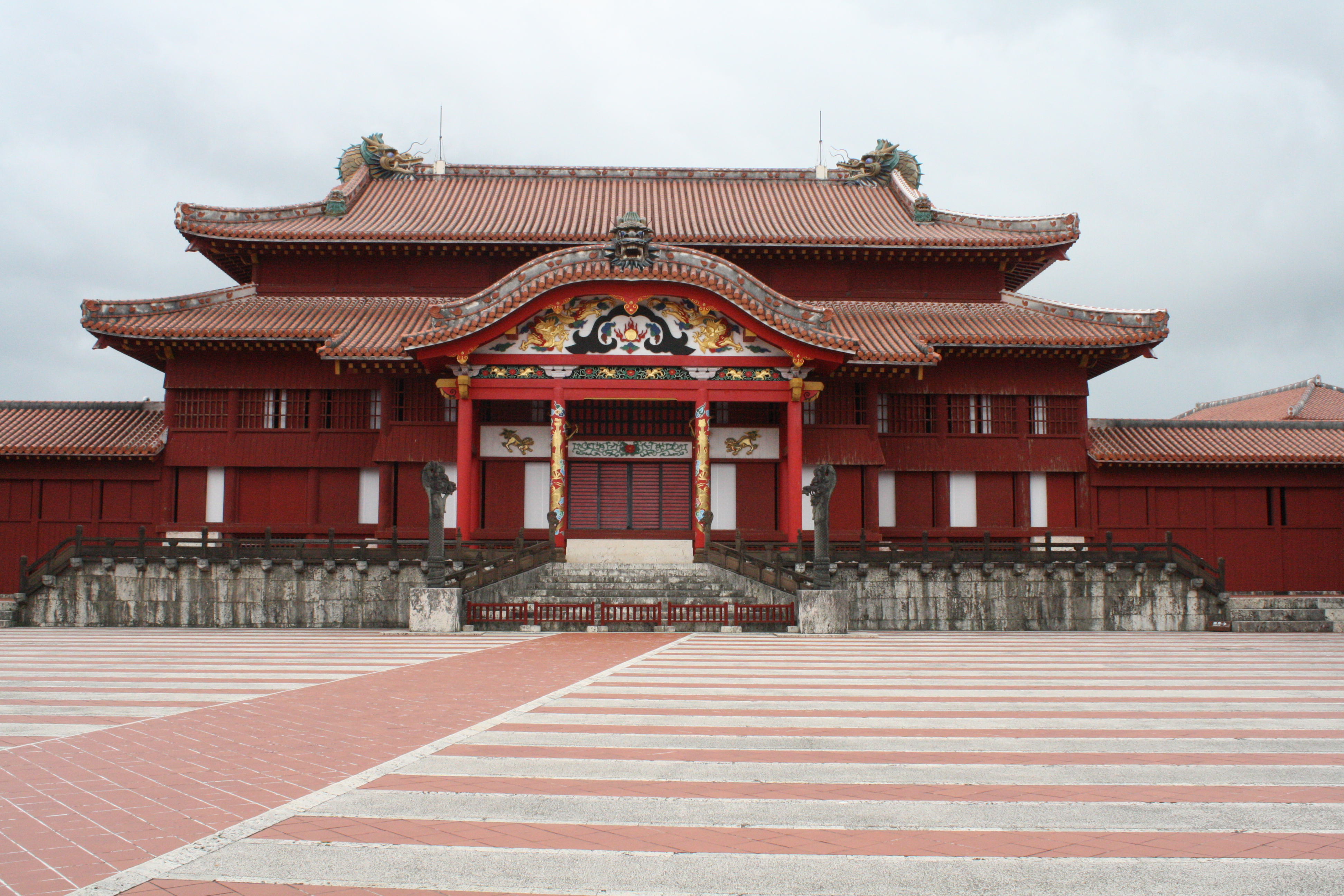 The next morning we awoke early (late for my brother, who is in the military) and caught the early bus south to the Okinawa tram. The tram was much nicer than subways in China, with padded clean seats, polite rows for boarding and exiting and a very detailed map for navigation. I was impressed. We took the tram east to Shurii Castle, where Okinawan kings had once ruled. The place was large, stone and breathtakingly preserved (read: rebuilt after three massive fires). Signs surrounding the castle read “Beware of Snake!” so we trod softly and snapped pictures with one eye on the ground, the other in the viewfinder.

Inside, we were instructed to take off our shoes and march through a tour of the history of the castle in Japanese- a very impossible task, but the images were telling and we came away with a pictorial story of Okinawan history that was vivid, compelling and all together not Japanese, but an island of it own culture, people, rulers and traditions.

It began to rain so brother bought an umbrella in the gift shop and we began the trek back to the tram. On the way we realized how hungry we were and stopped in an Okinawan shop to eat noodles, sushi and drink tea. After a savory meal, we resumed the adventure and caught the tram to Kokousai Street.

Kokousai Street is littered with statues of famous items like Santa, dinosaurs, power rangers, pineapples and flaming skulls. We wandered around taking pictures with giant anime statues and pepper shaped benches before going down a back alley that blossomed into a giant hidden shoppers paradise. My brother bought me a suit vest (always wanted one!) and we ate sesame seed rolls and strolled about looking at dried snake, dried frog-skin purses and other oddities on sale for gaping tourists.

After several hours of wandering about we returned to the cabin exhausted and with memory cards out of space. We ate chicken noodle soup and went to bed content and quite early, the following morning my sister and I were set to leave Okinawa and return together to Shanghai.  It was sure to be a very sad farewell. I wont write about it, but will say that we managed to find a Taco Bell before the flight took off, and I was as happy as a clam, but sad to be leaving my brother on the tropical paradise all alone.