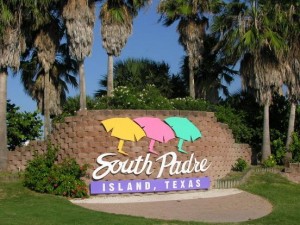 For the past month we have been sheltering ourselves away from the massive cold front that has left the Midwest covered in snow and ice. We journeyed south, like the Winter Texan snow birds, to South Padre Island, TX, a tiny sliver of land only three blocks wide and roughly 15 blocks long, surrounded by the water of the Gulf of Mexico.

South Padre Island, or SPI as locals call it, is a strange place. The island’s southern half is flush with hotels, rental properties, and a plethora of shops selling swimsuits and surfboards and of course a variety of restaurants. The northern half is undeveloped beach and swamp land, even the island’s main road doesn’t venture all the way to the end of the island. During the winter, northerners flood the island and at any given time you’ll find dozens of retirees enjoying the moderate weather on the beach, or flooding the Denny’s for their senior coffee. During the spring, the island is swarmed with spring breakers, who leave a wake of red keg cups behind them when they depart. The summer sees family vacationers while the fall witnesses the return of property owners come to see the year’s damage to their rental houses and condos. Thus, the island can be a different experience depending on when you travel there.

South Padre Island has a lot to offer in terms of sight seeing, take for example, the world’s largest fishing pole, which is houses in Port Isabel, directly across the bridge from SPI. You’ll find a local chainmaille designer, Michael DeVeny, hard at work at the port’s busiest restaurant and bar, Pirates Landing. He spends his time hand weaving necklaces, armor, weapons and vases out of chainmaille and boasts an impressive catalogue of crafts. Additionally, SPI had its own treasure story, a tale of woe, romance and loss wherein the Singer family (yes, of the sewing machine company) buried all of their jewelry and money between two palm trees along the beach when the civil war broke out. Later, they returned but the trees were gone, the sand dunes had shifted, and the treasure was never recovered. A similar event happened earlier, which leads me to think that if the Singer family had read their history, they could have avoided the same fate. In 1521 and 1553 Spanish galleons were smashed against the island and the crew of sailors and explorers were either killed by the harsh environment or by the natives who defended the land. All of their treasure was lost and the ships were never found. Alas, all of my personal attempts at finding either treasure have proved fruitless.

South Padre Island is indeed a sub-tropical paradise off the Texan coast with something for everyone, from treasure seekers to chainmaille enthusiasts to spring breakers and retirees.