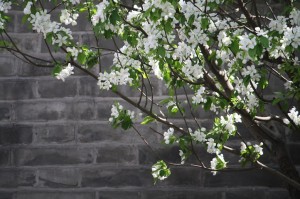 Spring has finally arrived in Beijing, and after a long winter in a Chinese siheyuan (a hutong home) we’re ready for the fine weather and fresh air that spring promises to bring. Pictures of Beijing were recently loaded on our flickr page and available in the gallery.

And with the new season, new adventures!

Lauren recently began working with a magazine called Hops Quarterly China. She’ll be building their website and acting as the web editor for the forseable future. Once the site launches, we’ll link to it so you can see her work. She is happy to have found a way into the magazine industry, and happier still that it involves her favorite beverage.

She has also been writing for various publications around Beijing. Check it out on her portfolio website. It is a work in progress and she hopes to expand her portfolio substantially in 2011 while completing work on this mysterious book that no one seems to be able to preview. 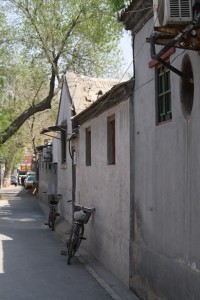 Mike is busy sourcing and doing various jobs on the side of his primary editing position with a Chinese mega company. He is learning Chinese, and his beard has grown to Hemingway proportions. Meanwhile, with the guitar he acquired as a Christmas gift, he is busy learning new songs and driving the neighbors mad. He has gained a reputation in Beijing as the man in flannel and hiking boots, a homage he pays to his one true love– Michigan.

The cat they adopted in December was pregnant. Surprise! Even the vet didn’t notice as she must have only recently been put in that condition when they adopted her. She birthed six kittens two days before Mike’s birthday on the 23rd of February, and they are now several months old and taking over the entire hutong. They will all be given away over the coming weeks, and hopefully the two will get their sanity restored once the meowing stops. There are, embarrassingly enough, dozens of pictures of the furry beasts in the photo album.

Mike will be heading to the States for a month to see family and friends, and to clean all the winter pollution out of his lungs. He is looking forward to his mother’s home cooking and recently has been raving to anyone who will listen about the casseroles that are far superior in the mid-west than any other spot on the planet. 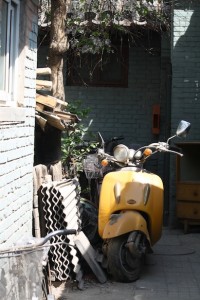 We hope to keep Abandon the Cube better updated in the future as our China Adventure continues. We excel at avoiding the cubicle, Lauren as a freelance writer and Mike as a part timer and contractor. This spring we expect to travel abroad several times as well as here in China, and we continue to explore the amazing city of Beijing as we meet new people and find new hidden gems around the city.

New stuff is happening on the website as well! We’re rolling out new guide pages and, hopefully later this spring, moving the entire website over to a new template with more interactive features, and an easier usability. Check back for new blogs (weekly now rather than every other day) and new pages, guides and features. We hope to keep ATC alive and well, and more than that we hope to see it grow and take on a life of its own as more people decide to abandon their cubicles to travel and live abroad.

All the best, and happy Spring from the cube abandoners in Beijing.