As many of you know, traveling takes money. One way to make that money is at the table. Naturally, we don’t encourage unsafe gambling and all gambling is just that– a gamble with your money and time. That being said, we do know some travelers who funded amazing adventures with cards. So, below is some information on blackjack.

If used properly, blackjack basic strategy can reduce the house edge and make it easier for you to win.

This minimum edge can be as low as half a percent but will only be achieved if you learn the basic strategy and apply it correctly. Learning basic strategy is now more popular than card counting as most players do not have the concentration, patience, and persistence needed to do this properly. 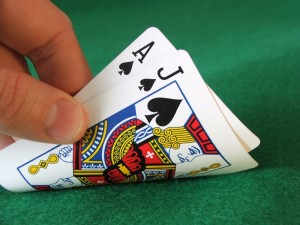 What is the basic strategy?

Based originally on the mathematics behind the game, this strategy has been refined and tested using computer simulations. There is a basic strategy chart but minor adjustments can be made depending on casino rules and for multiple and single-deck games.

The chart dictates how you should play the first two cards depending on the up card of the dealer. You will then need to learn how to make decisions after you take a hit. The best place to start is by translating the basic chart into simple English, explaining how you should play a hand when three or more cards are involved.

If learning the basic strategy is not for you, card counting is still an option. The most common version of this is based on statistics that say that high cards, in particular tens and aces, are more beneficial to the player than the dealer, while low cards, particularly fours, fives and sixes, are better for the dealer.

A point score estimating a card’s value is assigned to every card that the counter sees and they then keep a tally of these. These values should reflect a card’s EOR, or Effect of Removal, indicating the impact on the advantage of the house.

The most basic scheme is known as a high-low system but there are more complicated versions that can increase accuracy, such as Wong Halves and Zen Count. There is a debate, however, about whether these complicated systems detract from a person’s ability to play. It may, therefore, be more profitable to play the simple version quickly than to play a more complex count slower.

There are many advanced techniques that studious gamblers will try, such as shuffle tracking and clump reading, but these are so labor-intensive and complicated that it may be more profitable to simply use a basic scheme and test yourself against the Full Tilt Casino house.

Only players with supreme intelligence and flawless attention to detail can even attempt these techniques in a traditional casino and, even then, some form of subversion is also usually needed, such as a calculation device or observation help. This is a huge risk when both of these are usually banned by the house and are actually illegal in many cases. 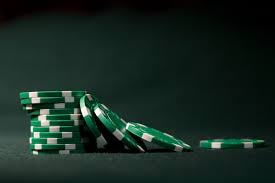