Recently, I have been surprised by how difficult traveling is in America if you don’t want to fly. And reasonable people are prone not to want to sit in a metal tube as its flung across the nation with potential terrorists to hinder its flight, or birds to ruin its motors, or a drunken pilot- which is known to have occurred. True that flying is quicker, but its often not worth the hassle and this intrepid writer isn’t planning on boarding and flying vessels without a parachute. So, as I ponder how to get from Washington State on the West coast, to Texas, on the southern boarder, I’m struck by how few reasonably priced options there are.

As this isn’t Europe or Asia, and the argument for a larger and more comprehensive (and not inept) rail system in America has already been made and ignored, I’ll suffice to say that Amtrak leaves so much to be desired that most travelers rule it out as an option. To get from WA to TX would require a traveler to transfer to several different trains, and throw in a few bus rides to boot! That is out of the question for the hassle, the complications with transferring baggage personally, and the cost—which would be staggeringly close to $350 USD.

Let’s think about renting a car next. Since most US rental agencies shy from one-way rentals, there are not many options out there for finding a car to drive the distance without breaking your piggy bank. And trust me, my money really is in a giant piggy bank not worth running for a lousy car rental deal. A one-way rental plus gas would run me in the neighborhood of $500 USD. 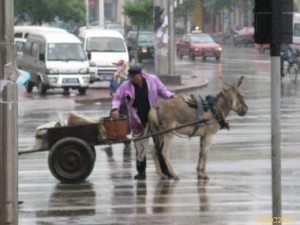 Lets consider the bus network of America. Now, if one enjoys being watched over the back of the seat in front of you by a deranged cocaine addict who says your eyes look like food, then this is the way to go! However, if you are mentally stable then the Greyhound just might refuse you a seat. The cost of a bus to TX from WA is around $400 USD, and one would have to change buses several times before reaching the end destination—and reaching that same destination with all of one’s luggage and sanity is a real maybe.

So what is the American budget traveler to do?