Visiting Florida: Your Guide for Great Things to Do

Many people think of Florida as the place to go if you want to escape to theme parks in the blazing hot sun. While the Sunshine State is the kind of place that you take a holiday with kids and grown-ups alike to enjoy Disneyworld, SeaWorld, Universal Studios and others, people may rather enjoy the other sights and sounds of the area when they book a villa on the Florida4Less website. 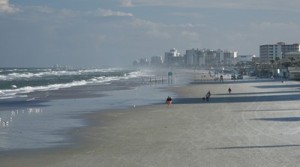 Florida boasts some of the most phenomenal natural areas of the world. The Everglades describes all areas affected by subtropical wetlands, covering everything from Orlando at the northernmost tip to the base of Florida Bay, right at the southern tip of the state. The Everglades National Park protects the site in the southernmost 25 per cent of the area and has been declared a World Heritage Site. Consider getting a fanboat and seeing the wildlife, or just taking in the beautiful scenery.

As the southernmost point of the continental US, the island of Key West is a wonderful getaway that gives you a true escape from the hustle and bustle of life. In the late 1950s, the area boomed after its salt lakes were filled in, doubling the size of the island and bringing in all kinds of houses, bars, restaurants and interesting sights. Serving as the one-time home to Ernest Hemingway and Tennessee Williams, it is rich in heritage and has a remarkable Cuban influence on its food and drink, giving it a whole different vibe from much of the mainland. 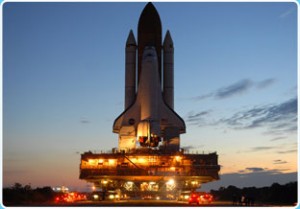 On the east coast is Cape Canaveral, home to NASA and the huge John F Kennedy Space Center. While it made its final launch this year, the iconic Vehicle Assembly Building – still the fourth-biggest building in the world, and the largest with one floor – is a sight to behold, as are the wide range of museums. These include the Space Center’s visitor complex as well as the Air Force Space & Missile Museum, which cannot be missed by any travellers to the state.

As the self-styled “most famous beach in the world”, Daytona Beach is a mecca of motorsports and hosts a remarkable number of racing events and is home to NASCAR, Grand-Am, the International Speedway Corporation, the LPGA and the United States Tennis Association. On top of this, it’s a beautiful location to kick back and relax.

Visiting these places will give you the perfect chance to take in plenty that the state has to offer – you won’t regret investing in that perfect villa experience.

This is a guest post.  The content above does not reflect the ideas or opinions of www.AbandontheCube.com