A Mad Dash Across the Continent (Part 1 of 2) 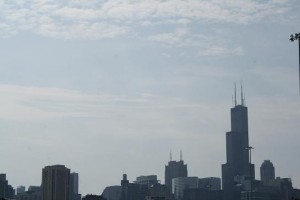 On the 3rd of July, we booked a boat leaving from New York on the 6th of July. Since I don’t fly (and most un-winged mammals shouldn’t) we decided to rent a car and drive from Chicago to New York on the 5th. It all seems very logical and organized, but behind the scenes it was a bit of a chaotic mess. We decided on taking the Queen Mary II Cruise in what can only be described as a truly epic moment. We had been debating the cost, the time it would take, and the cheaper option of flying. Finally, at about 9pm on the 3rd I was sitting outside on the deck with a gin and tonic (how all good ideas start, really) when the sun began to set (yup, it sets that late in the summer near Chicago) and I had the most beautiful feeling of calm and happiness wash over me. It really is the simple things. But then I decided to make it much more complicated. Mike came outside and I turned around in my chair and said “what have we been worrying about? Let’s take the %@*#)( cruise!” I laid out my argument, which was a simple ATC-type argument that went along the lines of enjoying the moment, carpe diem, and the fact that we would make more money once we got done with the rally and found jobs overseas somewhere. Really, the only question left was why wouldn’t we take a cruise across the Atlantic. In a big wave of excitement and principle we dashed around the house getting the required paperwork to book the cruise. 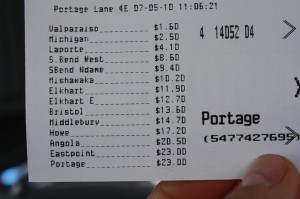 The next day was the 4th of July. For our non American readers, this is the American Independence Day. To celebrate, Americans usually purchase ridiculous amounts of alcohol, beer and wine and then purchase a trunk-load of fireworks. Seems intelligent, I know. We incorporate a BBQ into the mix and gather all our family and friends to one yard for the food, drink and explosions. Since my family was in Washington I missed out on the legendary bonfire, which was a disappointment. But Mike and I went to a family friend’s dinner for a fancy picnic on the patio, and then to a friend’s house to watch her inbred neighbors light fireworks directly above their house. It was a wonderful, all-American evening. And in true 4th of July style we got home exceptionally late, smelling of sulfur and Budweiser. 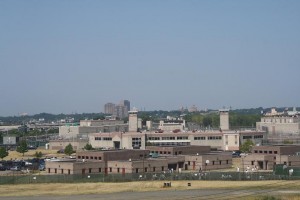 The following morning we awoke at 5am and packed, registered our passports for the cruise, and then picked up the rental car. After a teary good-bye to Mike’s family, we set out in our tiny car with the aim of reaching New York city by nightfall. Anyone who has driven across country knows the sinking feeling in your gut when you come to the first toll booth in the Midwest. I wrote an entire blog about the toll processes along the route before reaching Jersey. Despite that, the roads were nice, direct and well kept. It was only nearing Jersey that traffic picked up even the slightest bit. We sang along with the radio, had debated with NPR, played license plate bingo and even did some typing on the laptop. The 14 hour drive went by quickly, and although the toll situation was frustrating, at least they ended when we hit Pennsylvania.

Arriving in New Jersey after such a long trek was a great reward. Everyone we met was friendly and we easily found our way around- despite the turnpikes. We found our airport hotel (across from a prison) and the rest will have to wait for part two of the mad dash installment.