A Reflective Look at ATC’s Past Two Years 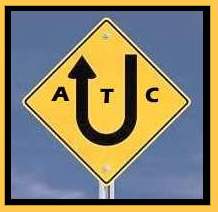 Abandon the Cube has been around since 2008. While we’re not into celebrating a massive birthday party for the website or the concept, we’re excited about reaffirming our travel philosophy and taking stock of where we are, where we’re going and what we’ve seen.

By Ground Travel. By now you’ve all learned that we like to travel primarily by ground transport. Any flight across open land or water leaves the earth beneath you undiscovered, which we find goes against the spirit of how we enjoy experiencing the world’s most unexpected places. Over the past two years we’ve formed this website of travel tips, destination guides, humorous pictures, influential travelers who have inspired us and more so that we could share what we see and hopefully encourage other people to abandon their cubicles and see some of the world’s least trodden paths.

Time as the ONLY vital factor. To date we have inspired no one to quit their job. People look at us with raised eyebrows and wonder why any sane person would throw away security and comfort in exchange for several meals a day made out of rice. To us, time is the one thing that can really be stolen from you while you are on this planet. Nevertheless, people still think that if you work hard now by the time you are 45 you’ll be able to retire. In reality, who has ever retired at 45? The plan simply doesn’t work. Meanwhile, you throw away the best time in your life working, stressing and acquiring status, money, security, etc… but you can’t get that time back. Its a trade off and an unfair one in our opinions. I’m personally willing to work longer in life rather than abusing the time I have now. They say youth is wasted on the young, but I’m hoping they won’t say that about us. The reality of the situation is that society is designed to ensnare people. Right out of High School you have either college loans to pay, or else housing so you are independent. Now you have a car payment, insurance, health costs, food, your cell phone and internet….. even if you wanted to quit your job you can’t because you have bills coming in. That’s the way it is designed, and to an extent that’s why the machine of our economy works. However, if you take away all the things that require you to have a job then you no longer are in need of one. I do some writing for money here and there and make enough to cover my college loans. Outside of that, traveling full time costs us less than any apartment would, and we pay for that with money we saved while working in Shanghai for a year. We were able to save so much because we did not have a car, cell phones are pay-as-you-go rather than a 2-year-death-contract and we choose an apartment that was extremely affordable (if not minuscule). We figured out a way to Abandon our Cubicles and still meet our obligations, and that makes me confident that you could figure that out as well. 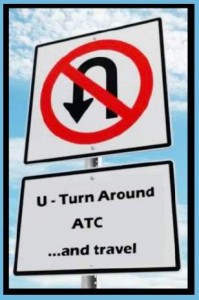 Experiences are Everything. I suppose it goes without saying that we weigh experiences very highly. We signed up for the 2010 Mongol Rally, as you know, because we saw the experience as an amazing opportunity to meet new people, have a great and daring adventure and travel 1/3 of the earth’s surface by land. Planning is still underway and we launch July 26th from London. Experiences and relationships are so important, and we hope to have an amazing adventure meeting amazing people on the Rally. Likewise, we’re excited about the new experiences coming our way after the Rally when we backpack through South East Asia and hopefully land in Thailand for a while as a place to kind of rest for a while, look for a part time job and save up so we can have more adventures down the road.

Reflections on an Amazing Year. Its is easy for us to say that 2009 was one of the best years of our lives. We left Shanghai on May 1st, 2009 and traveled by land all the way to Seattle, USA by December. In that half a year we saw and did so many amazing things that we’re likely to always look back on 2009 with a whimsical smile. From visiting Kashgar in summer, to driving across Uzbekistan with a giant; from standing near a burning crater in Turkmenistan, to living in a tent in Turkey during Ramadan; from roughing it in a cheap Bulgarian hostel, to riding a luxury cruise ship through the Virgin Islands. We nearly circumnavigated the globe (minus only the Pacific Ocean aspect of returning to Shanghai). That is why 2009 was a rich, and beautiful year. We’re hoping that the 2010 Mongol Rally that takes us from Seattle (where we are now) to Thailand via land and sea is as enriching, enchanting and captivating as the adventures of ’09.