Today I read in the news that “Spring Breakers” earned $270,000 in just three theaters, (that’s $90k a theater, folks). Having seen the preview I was shocked that it wasn’t direct-to-DVD, or even a direct-to-Wal-Mart-$5-Bin. This says a lot about us as a country. 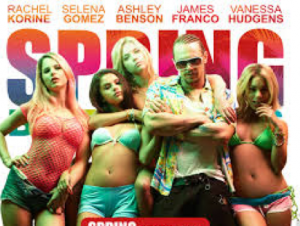 As “Spring Breakers” rakes in the cash, I’m reading stories about how print media is out of popularity and local news stations are struggling to keep the lights on. Does this all mean that we, as a nation, are getting dumber?

Here’s the case for a nation in retardation:

1.) Americans don’t have (or don’t want) access to good information. Even the best newspapers and TV have to report celebrity gossip to stay relevant. I don’t want to hear about Lil’ Wayne’s Sizzurp addiction. I don’t care and don’t know how this miniature Wayne is.
2.) NPR, which used to report the news in a decent fashion, spends more time tooting it’s own Classical horn between segments and reading short stories than it does interviewing interesting, relevant people or reporting interesting, global news. A wasted resource and a constant annoyance if it’s not the top of the hour.
3.) No matter how hard I try, I can’t find a radio or TV station that reports comprehensive international news. The best news source I’ve found is Wikipedia’s daily news recap. There are 6 billion people on the planet—a lot is going on out there that is way more interesting than sizzurp. If only we could find out about it without having to rip our hair out in the process.
4.) Issues that should be social and not political now dominate the political conversation. I’d love to hear a politician talk about their 9-5 without talking about a single social issue. I challenge any politician to try this wild, crazy idea.
5.) Our two-party system, (which is actually a split one-party system) is more divided than ever on benign issues and we have a government that makes a mockery of the people by assuming the divide even matters. This isn’t daytime TV, it’s politics. I don’t want to hear John Boehner tell anyone to **** off, or have anyone pontificate to me about gay marriage. We have a constitution for a reason. When in doubt, refer to it. Simple!
6.) I have yet to meet an American who supports a bi-lingual system for us. Languages expand the way you think. New ways or wording things mean new ways of seeing the world, and yet ignorance and sheer stubbornness prohibits this country from growing and learning another national language. If we all learn Spanish do you really think we’ll suddenly open the borders? No, but we will be better neighbors, have an expanded worldview and be able to travel without miming our intentions. Get over your prejudices and let your kids learn Spanish (or Mandarin, or French or whatever—anything!). 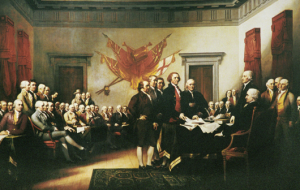 I’m in love with our nation’s fundamental ideas. Our forefathers did one of the coolest things in human history when they set up a democratic republic founded by normal farmers, bartenders, lawyers and the like. They tried to create a system that would be free of tyranny and answer to the masses. It’s about the coolest thing imaginable and is the exact opposite of what usually happens when a bunch of people arrive in a new place without law.

I’m so proud to be a part of the continuation of that brave idea. We’re the nation Winthrop called “ a beacon on a hill.” I just wish we’d act more like it and pay homage to our past without disgracing it. I wish we’d be at the forefront of political thought, not sucking hind tit. I wish we’d have the foremost thinkers, philosophers, mathematicians and inventors. That we’d have the best writers, the best philanthropists, and the best painters. In many of these cases we hold the honor, but as a whole I feel we’re falling backwards into archaic, simple-minded thinking. A nation like ours shouldn’t slowly fade into the image of the governments we stuck out across the waters to evade. Hopefully we brighten up and find our way. I’m still rooting for the home team.