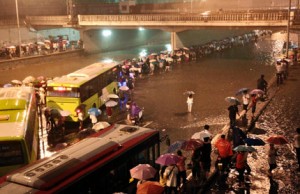 The last couple of weeks have been insane. First, it has been raining non-stop in Beijing. This kind of monsoon season hasn’t hit Beijing in years, and it’s effecting everything in the city because it isn’t equipped to deal with that amount of water that quickly. The subways flood, the streets flood, the power goes out (sporadically) and cars just float around like little toys in a bathtub. Below are come pictures of the craziness that ensued in the recent storms. For two weeks non-stop it’s been like this, with a massive night of rain and then three days of drizzle and ‘draining’ and then another flash thunderstorm and more flooding. Check it out: 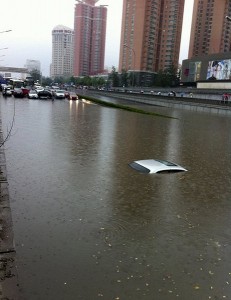 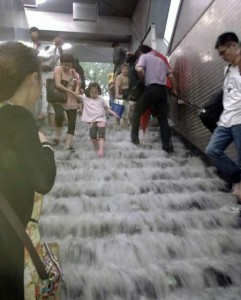 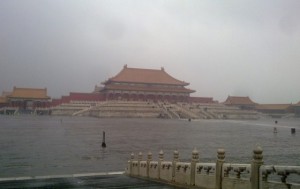 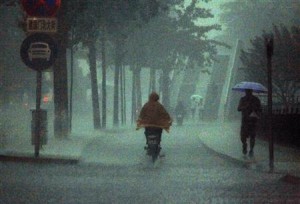 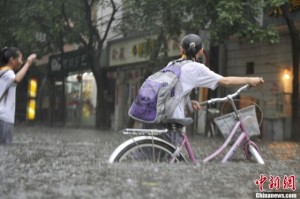 These pics were collected from around the web. So, where were we in this mess? Well, we were trying to keep our tiny hutong from floating away! The roof leaks, the doors leak, the windows cry water into every room, and water comes up through the drains in the kitchen and bathroom. We were running around tossing valuables (as if we had any!) on to elevated surfaces, blow-drying cats, duct-taping the doors and windows and generally just mopping for two weeks straight. Sorry we didn’t get any great pictures of the actual flooding.

There was one night I was caught in a downpour on the way home from work and it was so useless to even attempt to stay dry that I folded up my umbrella and just walked (waded) through the water. It was cool, the city was deserted and somehow the power didn’t go out so the hutongs were beautiful in the downpour. I just walked around for another half hour in amazement. It was the most peaceful I’ve seen Beijing. Perhaps that’s why it keeps raining.

On an up side, the plant life is loving this!