China versus America: a Conversational Comparison 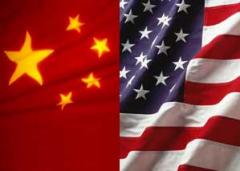 Many folks in very important acronym-named think tanks spend their days thinking about the China versus America issue. I wish they would contact me; I could solve their dilemmas for them with relative ease since I’ve lived in both countries and am an avid complainer and comparison maker. This is an impressive title, but way too long for a business card which is why you’ve probably never heard of me in this capacity.

Let’s discuss employment on the China versus America issue, since that is a hot topic in both countries at present. China is an amazing place to live as an expat, and that is the side of China I have known over the past few years. Naturally I’m living in the upper middle class by Chinese standards while I’m there, so for the vast majority of Chinese, my opinions may seem elitist and literally ass backwards. I’m okay with that since I’ve given this disclaimer. I easily found work in China, decently paying, legal and taxed work as an editor at a bank complete with benefits, a swivel chair and a key card that beeped when you held it near the door.

I’ve lived in America as a child, and as a college student, but have spent less than a year as a gainfully employed American. This is partially because I have never been able to find work in the USA. I worked a few odd jobs in college and found a ridiculous post-grad school job that made me want to razor burn my eyeballs, but aside form that all I do is collect polite rejection letters. In the words of the late Kurt Vonnegut, “So it goes…” Yet the economy in the US is dropping like gravity has a hold of it while the situation in China is, in relative terms, defying gravity. Employing myself in any major city in China would be as easy as showing up with some resumes, a nice suit and the ability to speak my native tongue without drooling on myself.

Let’s tackle one additional hot topic in the China versus America issue – health care. In China I got pneumonia and spent $13 USD on a doctor’s visit, X-ray, analysis, blood work, analysis again, examination, more analysis and then medication. That’s $13 total to cure me of pneumonia and over two hours of office face time with doctors and lab folks. And by the way, I got all of my results within that two hours, including blood work and x-ray sheets. With surprising irony, I also got pneumonia in America a few years ago. The doctor met with me for five seconds, said I sounded funny when she put a stethoscope against my back and then wrote a prescription on a sticky pad. Comparatively, the later experience was like getting a medical check from a caveman.  The cost for my America visit nearly gave me an aneurysm (which, by the way, I could never afford in the USA)! Most intelligent folks will be saying, and yes I can hear you yelling through the world wide web’s invisible tubes, that China’s costs are lower due to the sheer volume of people paying for these goods and services. That’s true! I’m not here to argue, I’m just here to say that if I ever get sick again I’ll be standing in line in a Chinese hospital more confident and happy than if I was anywhere in the USA where doctors just prescribe you a drug and then slam the door in your face. I have no opinion on the health care debate now stalled in the US government except to say that I would hope we could come up with something better than bankrupting people for antiquated care and over-drugging them so they don’t care.

That’s all for this addition of China versus America. Tune in next time to hear my thoughts on freedom of press and gender equality. Fun, fun, fun!

9 thoughts on “China versus America: a Conversational Comparison”