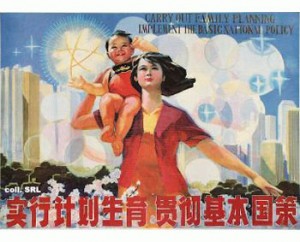 A recent Chinese census found that 118.06 males are born in China to every 100 girls. This statistic hasn’t changed for the past ten years, but has become less drastic than it was when the one-child policy was originally instituted in 1979. The policy affects some 35.9% of the population in China (usually city dwellers). (See: 25 year policy)

One of the most unsolvable problems in China’s social fabric, the one-child policy means that for your name to continue you have to produce a male heir. This leads some families to abort female fetuses and hope for better luck next time. It leads other families to continually stay on the run while they have multiple children, or to pay fines for multiple children in one family, which only the wealthiest elites in the country can afford. Biden, in a recent trip to China, commented on the necessity for the policy (See: Biden’s One Child Support) The imbalance is dangerous though, with more males unable to find mates, some are resorting to extreme measures.

Take, for example, the recent kidnappings of Vietnamese women by Chinese men. These Chinese men then sold them to wealthier wife-less men in remote areas of China. 24 million marrying age men may find themselves without wives in 2020 because of the imbalance. Some psychologists suggest that this surplus of men can be dangerous, and the government needs to recruit these singles into specific occupations where aggression can be vented in safe ways, like the military.

China gender imbalance one child policy
Previous PostATC Abandones the Cube and Opens a Bar Next PostScuba lesson 1: Getting PADI certified in Beijing