Make no mistake about it, summer in Athens is HOT!

We spent a month and a half in Athens and the surrounding areas this summer. At times, the temperature was a sweltering (and dangerous) 115 and higher. While the sea was an inviting way to stay cool, it was often too hot to even trudge to the car to reach the shores.

Still, there was much to see and do in Athens on the less-than-murderously-hot days. Here are the top five things we enjoyed. More to come! 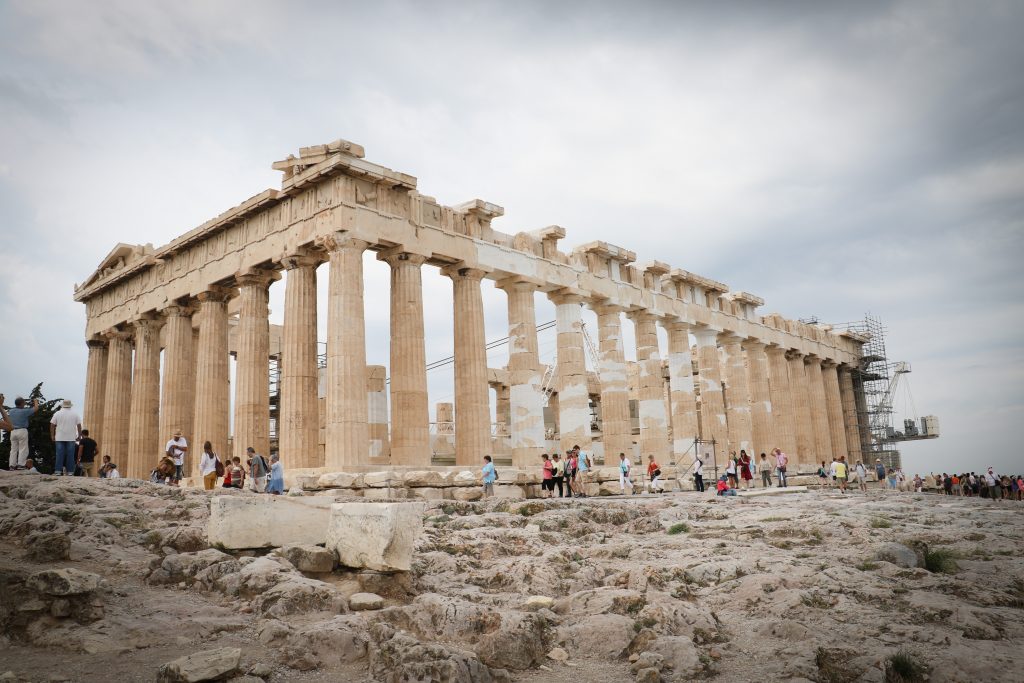 This ancient temple at the Athens Acropolis is pretty impressive. It has everything a good traveler could ask for: impressive history, ancient-looking rock stuff and a gentle pathway to the top for easy viewing. Still, when you have to fight crowds of tourists and blaring tour guides. Dodge pointy parasols and be barked at by bitter tourists, you realize the Parthenon is one of those once-in-a-lifetime stops. The structure is impressive, but covered in scaffolding and hard to photograph given the crowds and metal and wire support structures.

With Kids- the Parthenon

Our daughter enjoyed chasing lone lines of ants around the giant marble slabs that make up the entrance to the Acropolis. That and the slushies near the ticket booth were the highlights for her. 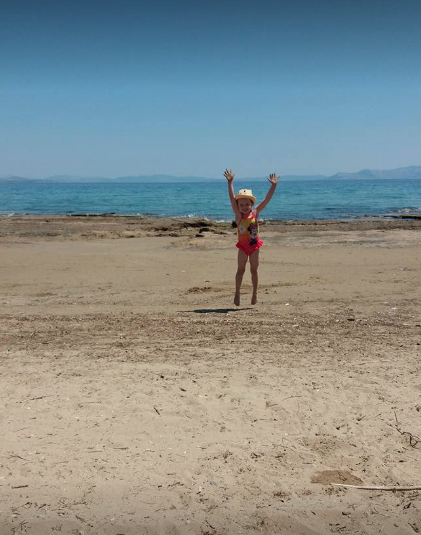 There are a few  great beaches to choose from if you’re in Athens. We went to Rafina first. This beach is rougher than what you’d picture for the Aegean. Rough rock led out into beautiful turquoise water where you could slip under the waves and watch little crabs and small fish poke in and out of the formations. It is about half an hour from Athens.

Marathon Beach is the site of the famous battle between the Athenians and the Persians who outnumbered them. The Athenians wom, repelling the invaders. Legend has it a runner dashed to Athens to tell of the victory, dying upon arrival. The beach today is quaint and quiet. Sand leads into gentle water without much surf. There is no shade.

The nearby Battle of Marathon mound is worth a drive by. 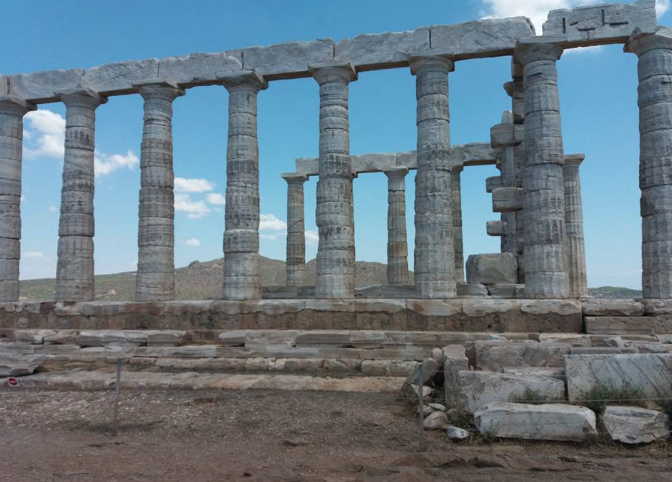 Poseidon’s Temple Beach is a great little spot to cool off after you see Poseidon’s Temple. The temple is 8 Euro per adult and 4 for EU members. It is every bit as cool as the Parthenon, only smaller and without any crowds. The views of the sea from atop are unparalleled. Its about an hour outside of Athens. The water is warm and gentle, though rougher than Marathon Beach. Sea urchins and loads of rocks make for a more dynamic adventure.

With Kids- the Beaches

Rafina– not for young kids, but if your children can swim comfortably or wear a mask they’ll enjoy the wildlife.

Marathon– Perfect for young kids who can’t swim. They can still sit in the water and enjoy the gentle waves.

Poseidon’s Temple Beach– Rougher water and the perfect mix of rocks for snorkeling and gentle surf for younger kids. 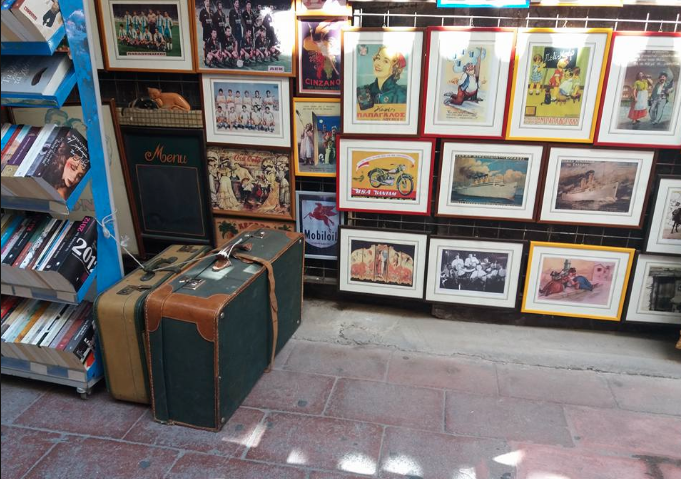 The bazaar isn’t one thing but several streets with souvenirs and trinkets, high-end memorabilia and antiques. The flea market ranges from people’s home items displayed on little blankets along the cobble stone to book sellers with loaded carts. In all, the area is worth a visit. Of additional  value, the views of the Ancient Agora and Acropolis are great from along the bazaar alleyways.

With kids: The bazaar- There are trinkets and ice cream for the kids, but mostly they’ll be unimpressed by a shopping adventure in high heat. 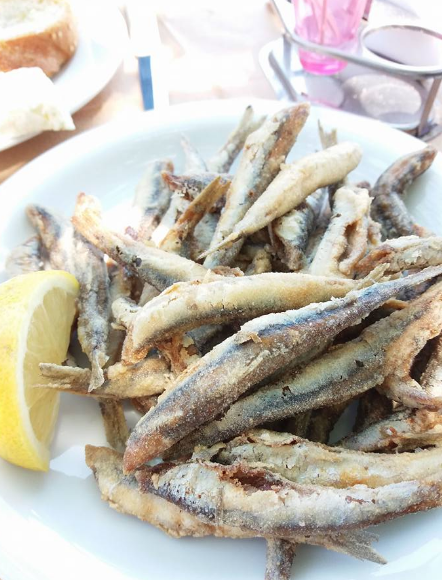 Athens has great food! Downtown there is no shortage of restaurants, and many of them offer great local cuisine, including seafood. In the more central tourist areas the food is overpriced and mass produced, but if you find a side street or a higher-end establishment you’ll be wildly impressed.

With Kids: The Food

We’d like to call out an unlikely win for dining with kids- Athens Beer. This establishment brought out a baby cradle when we arrived, and accommodated our older kids with great after dinner drinks that mimicked the adult drinks. 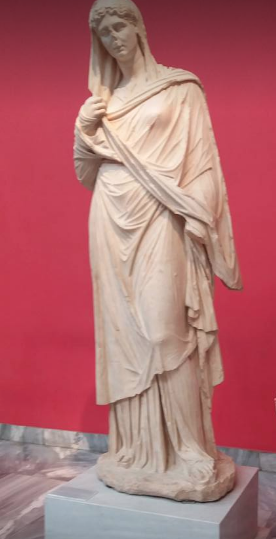 We visited the Archeological Museum on a rather warm 114 degree day. The draw was not only the wealth of amazing history but the air conditioning that would make viewing it possible. The rooms of pottery were interesting, but the real attractions are the rooms full of statues. Some of these artifacts are in mint condition, others are the classic no armed Greek garden piece you’ve come to expect. Still, the collection will blow away even the most seasoned museum visitor.

With Kids: The Museum

Skip the pottery side rooms and go straight to the first floor statues. We had fun trying to mimic the poses of the statues and drawing them in little notebooks.

6 thoughts on “Exploring Athens in Summer: Top 5 Must Do”