The History of Belgium:

The Belgian Revolution of 1830 resulted in the installation of King Leopold I and the formation of a constitutional monarchy and parliamentary democracy. Poor treatment of the Congo people under Leopold led to the government taking over the King’s colonies, a short lived victory as Belgium was invaded early in WWI and was assigned to rule German colonies in Africa, namely Rwanda and Burundi, which were ceded to Belgium in the aftermath of the war. When WWII rolled around, Belgium was occupied early on and until the conclusion of the war when King Leopold the 2nd abdicated under a strike for being a German collaborator during the war.

In 1960 the Congo gained independence and Rwanda and Burundi followed suit two years later, leaving Belgium with no colonies, no king and a country that had twice been occupied. With security a major concern, Belgium quickly aligned itself with NATO and the EU, and is an active member in both institutions to this day. 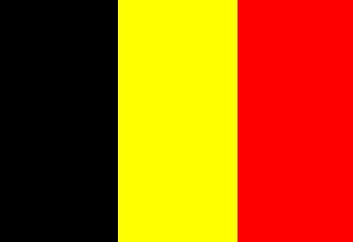 Belgium is a confusing place to visit. Sometimes German, sometimes French and with Flemmish ancestry as well, the country is divided by language and religion, as well as with lingering pieces of culture from both Germany and France. And yet, the country is patriotic and has many cultural achievements of its own.

The country has a large number of festivals and parades each year, art shows are common and musical events abound in the capital. Belgian culture is rich and richly represented in all areas of the country despite the linguistic differences. 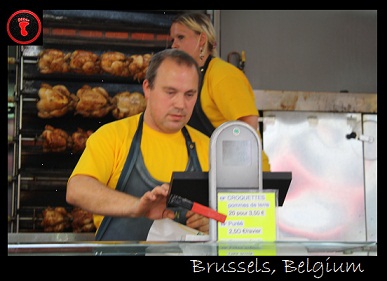 With a fairly advanced rail network lining Belgium to the rest of Europe, the train may be one of the more efficient means of transportation in Belgium. Roadways, though covering over 150,000 km, are often marked in multiple languages making road signs hard to read and traffic slow. Brussels itself is a nightmare of one-way streets and dead-ends, with the trolley overlapping roadways willy-nilly. You’ll find driving in Belgium to be more challenging than elsewhere in Europe. If you arrive in Brussels by air, you’ll find the trolley routes clearly marked and bus routes open as well within the city.

Compared to France or Germany, Belgium is a bit more affordable. You’ll find, however, that what you get for your money is also less. Brussels is run down and a bit shabby, possibly owing to the lame duck government in power. Food and necessities are affordable but luxuries are over priced and thus more rare.

Belgian food is well respected and famous around the globe. Belgian waffles, Belgian beer and Belgian chocolate, to name a few major food exports. Naturally, the waffles and chocolate stem from the French roots in the country while the beer comes from the German aspect, yet both are distinctly Belgian. Believe it or not, french fries originated in Belgium, and were not always called ‘French’ but simply fries, a staple with every meaty meal. 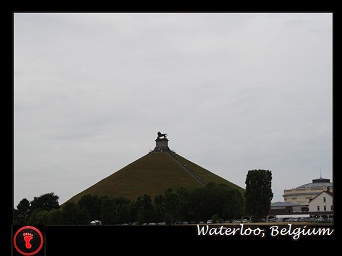 Belgians have had a rough time of it, and are a hearty and work-oriented people. In Brussels we found it impossible to connect to the city or the people and in Waterloo we were unable to engage anyone in conversation. Stuck between Eastern Europe and Western Europe, its undecided which part of the continent this country falls into.

Suggestions for Travel in Belgium:

If at all possible, avoid driving in Belgium. Although the Ardennes is beautiful and shouldn’t be missed, driving in the country is a bit nightmarish.

We did not enjoy Belgium, and on our last visit in 2010 we were positively happy to have made our way out of the country after only a few days. I suggest waiting to visit until the economy picks up. If you must visit now, stick to the WWII sites, like the Ardennes and Waterloo, which are well-constructed, impressive monuments and worth a visit. Avoiding Brussels is advised.

Somewhat biased, we found Belgium to be a hard place to travel in, a hard place to drive and navigate, and the people seemed less than friendly towards tourists. We also found it expensive without warranting the higher prices, and affordable accommodations were shoddy and decrepit. The several times we tried to eat the local traditional foods we found them disgustingly underprepared and no care taken whatsoever. Soggy waffles, sour fries and flat beer did nothing to impress us, and we pondered the idea that unfortunately for the Belgians themselves it seemed everything worth consuming was being exported.

Members of the EU, Americans and Canadians do not need visas. Check with the consulate in your home country if you are not a citizen of one of these countries.

Our Route Through Belgium:

No route information available since there have been multiple trips to the country. The most recent trip was during the 2010 Mongol Rally, when the route took them direct from Calais, France to Brussels, south via Waterloo and then exiting the country to the south into Luxembourg.