Modern France finds its roots in the midst of global revolution. America had recently rebelled against the British Empire and gained independence, and France was eager to do likewise. Citizens stormed the Bastille on 14 July, 1789, abolishing the absolute monarchy and installing a constitutional monarchy. A constitution in the form of a deceleration was issued and in 1792 the French Republic was proclaimed. 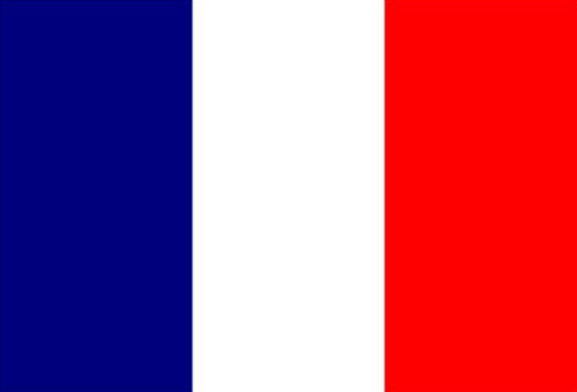 Pressure from abroad and turmoil at home resulted in the eventual execution of the Monarch, Louis XVI and his famous wife, Marie Antoinette. What followed became known as the reign of terror. With a vacuum created, it wasn’t difficult for charismatic Napoleon to sweep into power. He was defeated and the monarch reinstalled, though with constitutional limitations. Millions died between the storming of the Bastille and the reinstallation of the monarch in the third republic.

WWI saw France join the Triple Entente, with Charles de Gaulle as president the Entente defeated the Central Powers at a cost of nearly 1.5 million French soldiers. WWII saw parts of France under German occupation, although the Allies eventually were successful in driving out the Axis and restoring order.

After WWII France attempted to hold on to its colonial possessions, but it soon became obvious it was futile. They lost Vietnam and revolts in Algeria threatened to rip France apart. Charles de Gaulle managed to lead the country into modernity by freeing all colonies, an act that ended the Algerian conflict and reunited the country at home. France has since joined NATO and has actively supporting the EU.

France has much to be proud of. A home to massive amounts of European art, and home to some of the world’s greatest free thinkers, architects and artists, it is no wonder France attracts such global attention.

Wine and wine making are famous in France, and the country prides itself on its superior grape harvests and rich wines.

France remains an important part of the fashion community, with Paris as the epicenter of European fashion.

Literature and music has always been famous in France, and the country has remained an important presence in the cinema, music and literary circles, with new contributions to global culture yearly. 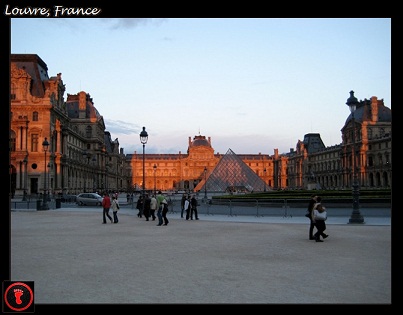 Traveling in France is an ease. If you are a part of the EU you can easily rent a car to drive along the most extensive road network in Europe. Be advised that since there is no registration or licensing tax, tolls are the main form of roadway revenue and this can be shocking if you don’t expect it.

The train network, covering nearly thirty thousand kilometers, will get you where you need to go should you choose the liberation of being without a car. A train will whisk you to the UK via the Chunnel Tunnel, or the EuroStar rail links to neighboring countries making international travel a breeze.

As with everywhere in Europe, France is expensive. Depending on your country of origin, it is worthwhile to travel to France in the off-season to save money as costs are usually lower in winter and spring.

French food is famous around the world for its fancy appeal and upper class allure. We managed to dine happily for affordable prices at the famous street cafes and dinner-style restaurants that are so popular in Paris. You can live off the croissants and fresh-squeezed orange juice popular at the cafes, or else slip into the fancier establishments for exquisite, excellently prepared fare.

France has a reputation for rude people, and this reputation is perhaps well deserved. Although you’ll find many French citizens who claim that the rudeness of Paris should not be labeled over the entire country, it remains a fact that tourists and locals do not always live in harmony. Learning a few words in French seems to help, despite the fact that nearly all residents speak English. It is also worthwhile to make an effort to talk to locals, even if they come across as brazen. Keep in mind that as the number one tourism destination in the world, it can be annoying for the locals to constantly dodge guide-book toting tourists.

Suggestions for Travel in France:

When in the height of the tourist season, it may not even be worth it to try to tackle the main tourist attractions like the Eiffel Tower or the Louvre. Enjoying Paris means living in the alleys and dining at local cafes and shopping at the corner market. Unless you can afford to spend a decent chunk of time in the city its best to wait and save up until you can afford to both monetarily and time wise. Paris is a special city and deserves attention, we suggest holding off until you can dedicate yourself to it fully and, hopefully, in the off season so you don’t have to muscle your way up to the Mona Lisa.

France is currently ranked as the world’s number one tourist destination ahead of Spain and the USA. Cultural attractions are partly to blame for the tourism in France, but the country also has the world’s most widely visited art museum, the Louvre, as well as remarkable entertainment like plays, operas and skiing, all of which are wildly popular among Europeans and North Americans. 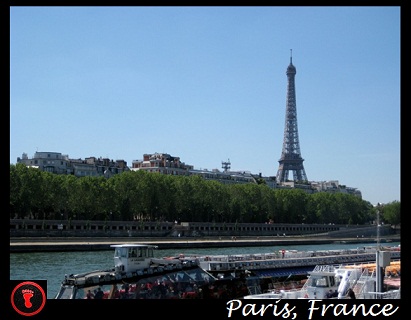 Our Route in France:

We’ve been to France multiple times. No route information available as a result. In 2010 as part of the Mongol Rally we did arrive in Calais from Dover and sped towards Belgium through France.