History of the United Kingdom:

Naturally, people have lived in the area that is now the United Kingdom for quite some time. But the unification of the area was not successful until the union of 1707, which included Wales and Scotland and resulted in the creation of the United Kingdom, including one parliament at Westminster and one monarch. The United Kingdom was to become the largest Empire in human history, with some 458 million people under its sway and a slogan that aptly claimed ‘the sun never sets on the British Empire.’ After the second World War, many of the colonies formerly owned by the United Kingdom became independent, many joining the Commonwealth of Nations. The UK remained an important world power, with a seat at the table in the UN, EU and NATO.

Culture in the United Kingdom:

The British were a supremely important people in the modern age and their influences around the globe are present even today. As such a global people, the British have a deep culture of exploration, study and education. They are extremely proud of their literature, political activism and high-brow cinema, poetry and pop culture. With constant immigration to the UK, the culture is constantly adapting and changing. Some constants include a reverence for government that is uniquely different from Europe and America.

Top Destinations in the UK:

Transportation in the UK:

Transportation in the UK is relatively expensive. Compared to Europe, it is somewhat cheaper but still quite high by global standards.

The National Bus System is advanced, and includes five major companies that control the whole of the bus transport network, including Arriva, First Group, Go-Ahead, National Express and Stagecoach. We used the National Express from Southampton to London for 16 Pounds, not a bad price for a long-distance bus. 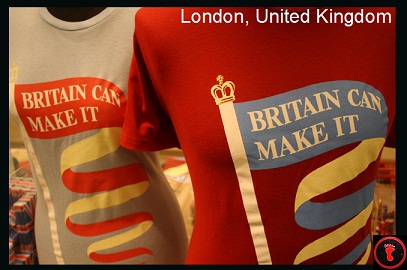 More expensive, the rail system in the UK is vast and fast making it the transportation choice for many residents. Compared to American and Developing world trains, the cost was relatively high at around 25 Pounds for a 3 hour journey.

The subway system in London, quite famously called the Underground, is a nicely organized network that whisks seemingly everyone around the city. However, the cost isn’t sustainable for many travelers. In two weeks we spent close to 100 USD a person on metro fees, and the subway was often late or lines closed for repair.

Roads in the UK are advanced, clean and although folks drive on the wrong side they seem to have everything else in top shape. Driving in London is a nightmare because of traffic and the famous M25 can be backed up for miles outside the city.

Money in the UK:

The United Kingdom is an expensive place to travel. Hotel costs are high, transportation isn’t cheap and food is delicious but costly. Prolonged stays in the country are only really affordable if you rough it or else have friends or family to lodge with. There is no bartering, and prices are inflated on nearly all items within the city of London itself.

Food in the United Kingdom:

Most people find British food to be unhealthy. Bangers and mash, fish and chips, and deep fried bread don’t inspire a healthy lifestyle. You’ll find London a diverse place, with authentic, delicious restaurants owned by immigrants from around the world. International chain restaurants are prevalent and you’d be hard pressed not to find exactly what you crave. Expect to spend more than average on food in the UK, drinks especially.

Since English is the language of travel and business, it is likely many travelers will have fewer problems communicating in the UK than in many non-native English countries. While people in the city tend to be more closed-off than countryside residents, you may find it hard to find a friend in the city. However, locals love to banter, and you’re likely to strike up conversations often. 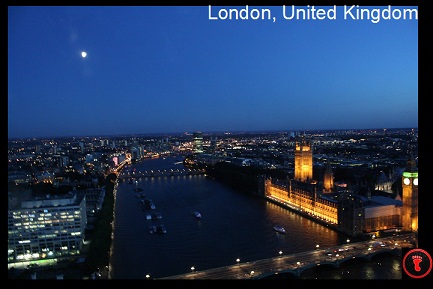 Suggestions for Traveling in the United Kingdom:

London is extremely expensive. Although the museums are all free (thank-you, London!) and you can see some amazing sites for free by gazing at the outside rather than venturing inside, if you want the full London experience you have to be willing to pay. For example, you can go up in the London Eye for a pretty penny, or you can watch others do the ride from below for free. You can look at Big Ben for free from the outside, you can see the Tower of London from outside, or you could pay to go in and find your wallet 16 Pounds lighter. For a backpacker, it’s a hard choice because its unlikely you can afford all that London has to offer. I suggest hitting the free sites first and if you feel you’re missing out splurge on a few locations like the Tower of London, a boat ride past the Eye of London and Big Ben at night, and maybe a Jack the Ripper tour.

London is an amazing city and rife with history. So many sites in one city are rare and a real treat to experience. For any traveler, the global tour isn’t over until you’ve seen the birthplace of Shakespeare, Stonehenge, Big Ben and many other sites. Although expensive, it is worth the money to really experience the many amazing things London has to offer. Traveling outside London to experience the UK is a great experience. We made it to Southampton and Brighton as well as Dover and Goodwood. Unfortunately, we didn’t manage to see much else and hope to return to the UK soon.

Visas for the United Kingdom:

Citizens of the USA do not need a visa for the UK. Many other citizens do. Consult the consulate in your home country before booking your travel plans.

Routes in the UK:

We arrived via Cunard line into Southampton and took the National Express to London. We used the metro to tour around London for a few weeks before taking the train to Brighton and then driving to Goodwood and then Dover where we took the ferry to Calais.