Japan Earthquake and Tsunami — From China 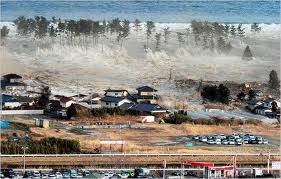 Many of our readers have asked us what the impact of the tsunami and earthquake were on China. The simple answer is that there was little to no impact, the USA felt more than China did, as the wave rebounded to the West Coast and killed several Americans. In China, we did not feel the earthquake or hear anything about the horrible tragedy until after it occurred. Nearly 300 Chinese are missing in Japan, mostly businessmen, though this doesn’t mean they were casualties of the tsunami. Some 22,000 Chinese living in Japan have been contacted and confirmed alive.

China has been affected economically. The Asian markets have taken a dive, understandably, upon concerns that the Japan indexes could bring down the entire region. This is likely to be a short-term effect because the rebuilding that will need to occur in Japan will actually boost its economy once things return to a state of semi normalcy. Obviously a great deal was lost in Japan, and the healing process will take a long time, but on the quakes economic impact in China we can say that the dip in the markets will be short lived.

All flights from Air China to Tokyo have been canceled (as of March 16th) and the Chinese government has stepped up radiation monitoring on the coast. Heavy metal suppliers and other supply companies in Japan have shut their doors temporarily, leaving the global manufacturing chain in a frenzy. With a great deal of the worlds supplies coming out of Japan, its to be expected that this crisis will have a medium-term affect on the global economy.

More than a sudden explosion with an initial gust of radiated air, the Chinese are concerned about lingering affects, like radiation in their plants, veget 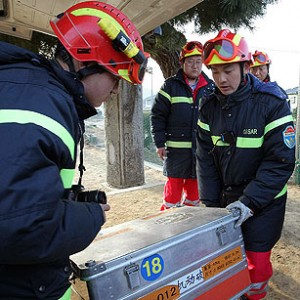 ables and water table. This causes cancers, especially cancers that fetuses are susceptible to. With the one child policy, this is a serious issue that may cause many to wait or hold off on pregnancies until a more suitable and healthy time. Many in China fear the water table being severely damaged as radiation clings to moisture and is deposited (steam to rain to ocean) back into the system. Milk is especially prone to contamination, and with the 2008 melamine milk crisis it seems China’s dairy industry will be under the microscope yet again.

On the upside, Japan and China have been at odds and anyone who has visited either region can testify to the hostility between the nation’s citizens over events related to WWII and Japan’s invasion of China. With the devastation in Japan, the Chinese have sent an emergency response team to help pull out victims and offer immediate care to those who need it. They sent a plane on Monday (14th March) filled with blankets, tents and other emergency supplies that the Chinese know first hand from the Chengdu earthquake of 2008 will be in high demand and short supply. The Chinese military has offered to arrive on site to help set up relief camps and begin to remove rubble, this puts a new friendly face on the People’s Liberation Army for many. Cash has also been promised, nearly $5 million to be exact, an impressive amount. This unification during crisis bodes well for future economic and political talks, and although it is a horrible tragedy if it brings these two giant Asian countries together there is some good in this.

2011 tsunami in Japan Affects of Japan quake on China Japan Earthquake
Previous PostSpring in Beijing! Next PostFoods You Recognize, Uses For Them That You Don't