Regardless of your political views, the presidential libraries are an amazing asset to our country, and they offer a very biased view of each president’s life. Naturally you don’t get a lot of republican curators at democrat’s libraries and vise-versa. So the exhibits are very pro party, pro president. 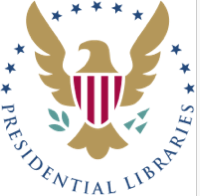 Established in 1955, the Presidential Libraries Act provides government employees to maintain privately erected libraries. The act encourages presidents to donate their gifts, papers and records. The National Archives and Records Administration run each library and maintain the president’s artifacts and papers.

In 2009 we visited the George Herbert Walker Bush Presidential Library in Texas. That was an amazing treat. Located on campus, we’re told the former president and first lady have an apartment nearby and often stop by to chat with visitors. The library had a war plane, replicas of various White House rooms, and loads of interactive exhibits. It took us several hours to peruse the documents, artifacts and interactive exhibits. 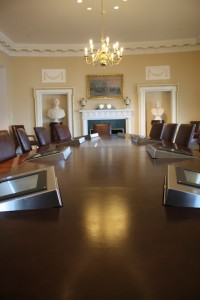 This year, we visited the William Clinton Presidential Library in Little Rock. In contrast, the library didn’t offer the range of interactive exhibits. The majority of the artifacts on display were documents, letters and the like. There was a row of gifts from visiting dignitaries and the like, but they were a small section of the overall library. The Clinton library holds the largest bulk of records and documents, we were told.

There is a replica of the Oval Office that is stunning. We were informed that each president redecorates to his or her (yeah right!) preference. You can see a certain upper-crust elegance in the Clinton Oval Office. 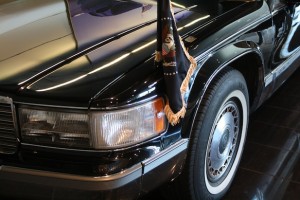 In 2006 I visited the Abraham Lincoln Presidential Library. This is not one of the official 13 libraries under the Presidential Libraries Act, but it was quite astonishing. The appeal here was its universality. The Clinton library was for serious research and a quick browse of the documents on display, the Bush library was about creating the image of a legacy, while the Lincoln library was a Hollywood-style production of a man that became larger than life. The tour opens with a multi-sense film called “Behind Lincoln’s Eyes” where we delve into the emotional/psychological study of the man. Cannon smoke fills the room during the Civil War section. The seats shake. I’d say it wasn’t an effective learning tool, but six years later I still vividly recall the visit.

Outside of the Bill Clinton Presidential Library sits charming Little Rock. It was a smaller town than expected, and quaint. The downtown area could be any small town in America, and the bars, shops and restaurants offered a certain southern elite charm. Situated right on the river, the library looks out over the river, the countryside and the town itself.