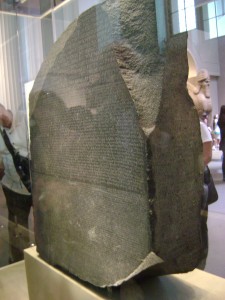 Arriving in London was quite the experience having been at sea for the previous week. We caught a bus from Southampton to Victoria, the transportation hub of London for metro, bus and train. The National Express bus service was amazing, with good service and arrival ahead of schedule—for only 12 pounds a person.

London is a beautiful city. We managed to drop off our bags at a friend’s apartment before venturing out on the town. First there was an impressive walk around the Tower of London, then a glance at London Bridge and the even more impressive Tower Bridge. We strode through the memorial park and monument to those lost in WWI, and jumped on the tube (subway) to the British Museum.

For anyone even mildly interested in history, the British Museum is a must-see. For me, it was an experience that was shrouded in finality because with our travels abroad we’ve heard many folks from around the world say they wanted their artifacts back from the British Museum. Now, seeing the world’s cultural relics in one place in the UK, I felt a bit sad that the items were not left in their original locations, with monuments of information and research set up around them. In some cases, as with the items collected in China prior to the Cultural Revolution, the removal of the artifacts ended up being a good thing in terms of preservation. But, by and large I’m starting to wish these amazing treasures were back where they belonged. Seeing the Rosetta Stone (image), for example, was amazing. What an important and beautiful piece of world history. However, it might be more appropriately returned. Same with the thousands of other Egyptian artifacts in the museum. I felt similarly about the multitude of Greek and Roman artifacts remaining in the British Museum. It was amazing to see them, and we’re lucky they are compiled in one location so we can soak it all in conveniently. But history is such an amazing thing it is worth traveling to the real location to learn about and see. For places to stay in the area, check out Holidaycheck.com. 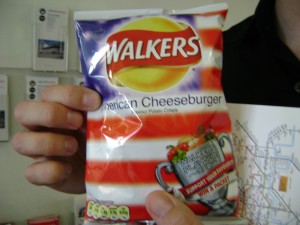 After the British museum we jumped on the tube to the V&A museum, which houses a strange modern display on tiny architecture as well as artifacts from around the world ranging from clothing to pottery to statues larger than a three story house. Another must-see for any tourist to London, or any history or culture fanatic.

With all the iconic things to do in London, we’ve been quite busy doing things like riding in the top, front row of a double decker, red bus. Taking a cab ride in one of the black, antique-looking taxis. Trying fish and chips by the Thames. We have quite a few things remaining while in London. I want to shove as many people in a red phone booth as possible. I want to see if I can make the guards at Buckingham Palace laugh. I want to check out the parliament buildings and then stroll through Hyde Park and see if the Queen is free for tea this afternoon.