Marketing Versus Bashing People on the Head

Traveling for the past year has been quite an enlightening experience. We left our home in Shanghai on May 1st, 2009 and are still on the road (now in America) traveling and taking in as much as possible from the world’s various and diverse cultures. One thing that has struck me recently is the extreme amount of marketing and advertising in the USA. We’re completely saturated in capitalism, and I don’t say this in a Marxist way, but in a ‘is this a product of our culture, or our political system?’ kind of way. 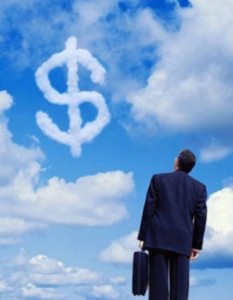 In China, marketing was only just emerging in full force. I remember distinctly the day cabs in Shanghai were outfitted with miniature TV screens on the back of the driver and passenger seats. They didn’t necessarily even market specific products so much as provide a venue for advertising in the hopes companies would catch on. By the time we left Shanghai come five months after the insulation, we had screeching ads blaring at us as we zoomed across the city.

In the ‘Stans we found a distinct lack of advertising, and in Turkmenistan we were standing at the bus stop one day and it suddenly hit us – “They don’t have Coca Cola here!” It was surprising, and yet wonderfully relieving. Also, the buses were not plastered in erectile dysfunction ads or maxi pad logos. It was also very nice.

Once we reached Europe we were no longer used to seeing ads at all, and were a bit taken aback by the billboards that blocked the view from the train. Although it was done a bit more tastefully than in China, the trains did contain a few little marketing stickers here and there. By and large, we were not overly saturated or bombarded.

In November we entered the USA in Florida and the wave of advertising and marketing was a choking shock. It seemed like too much, too fast, and none of it seemed relevant or even applicable to where it was being advertised. It was almost like companies plaster their logos over as much of the country as possible. Take, for example, Sonic (fast food). They advertise nation wide even though they don’t have restaurants in every state. Or, and this is what really began to irritate me when we returned to the USA, the radio seemed to play about two songs before cutting to 5 commercials, and we found the same to be true of TV. We actually timed it one afternoon while watching a one hour show—15+ minutes of commercials!

In recent weeks the extreme and overt advertising in the US has become a real drag. I’m tired of hearing about all these products. When I finally do get to the store I’m so burnt out on this stuff that I feel inclined to buy the products that advertise the least—thus rewarding them for not annoying me. I feel like I’m a 90 year old grumpy woman with a ‘get off my property’ agenda, but in all honesty cable TV costs a lot of money, why do I still have to listen to commercials? I have to pay for internet, so why do I still have to look at ads? Isn’t there a way to get these irritating marketing people out of my life?—the temporary solution is, at least for now, to head back overseas where I happily have no idea what new flavor Coca Cola is launching, or which washing detergent has more or less H20 in it. I also don’t want to know which cell phone company covers more of America, as I’ll never get a cell phone again (those horrible, soulless companies) nor which deodorant leaves less white crap on my black shirts (they all clog your pores with aluminum and eventually cause lymph nodes to be blocked). Anyways, I want out of this world of saturated media, and back into a place Coca-Cola free.