National Geographic released an hour-long documentary titled Stress: Portrait of a Killer. The film follows several scientists as they explain how stress is related to your position in social hierarchy, and how this position can impact your health in serious ways. 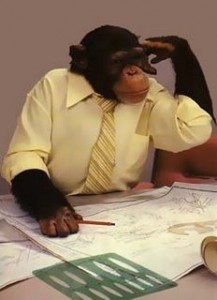 Stress is a hormone that is released when you are in danger. In the wild, animals have a surge of the hormone when in extreme danger and then it shuts off. For some reason, primates don’t have the ability to shut off the stress hormone when non life-threatening events happen. Humans, for example, are stressed for psychological reasons. This is a rare phenomenon that seems to impact only primates.

Stressed rats displayed shrunken brains. Chronic stress makes it harder for your memory to function. Essentially, the learning centers and memory centers of the brain are the first to go when the body is constantly riddled with the stress hormone, which forces all other body functions to take a back seat.

The study then moved to monkeys, and then to Brits. The monkey scientist confirms that CAT scans on subordinate and dominate monkeys displayed dramatically less brain activity in subordinates, especially in the pleasure centers of the brain, meaning they experience a duller version of life than the dominants.

One scientist followed workers in the British government over a forty-year period, and found that lower-hierarchy Brits had dramatically more health problems than the higher-ups. Essentially, due to the British Healthcare System, this couldn’t be discounted by wealth status.

Aside from brain damage, you’ll find high cholesterol, ulcers, etc. This is because stress was meant as a survival hormone, but humans can’t manage to shut it off after the initial threat has passed. Thus, when the hormone is active the body’s other functions are on hold. Including the immune system. Damn.

Researchers also found that weight gain (and especially where on the body primates put on stress) is directly related to stress. Belly and rump fats are stress related while other places on the body are more related to actually overeating. This was true in monkeys and humans. And women who are stressed pass that on to their fetuses, who in turn go on to be predisposed to weight gain, depression and heart damage. Yiikes.

All signs point to two options to relieve chronic and ongoing stress. One, you emerge as an Alfa baboon, and situate yourself at the top of the hierarchy. Two, you get out of a social system that thrives on dividing people into subordinate and dominant roles, and live outside the system al la Big Labaowski style.

I think you can still be successful and be outside the cube by starting your own business, or living on a farm and growing your own sustenance, or simply refusing to care about the hierarchy if you are forced to live inside of one. Ambition and stress don’t release the same hormones. Ironically, western societies praise stress. We value people who can “do it all” but not those who have a balanced life. Asian societies value balance more than achievement, which explains the obsession with physical exercise in Asia, and the focus on stress release through bonsai, meditation, etc. Those kinds of things are ideal for creating a release from the stress hormone.

There you have it folks, medical practitioners, scientists and hormone specialists all confirm that abandoning the cube is not only healthy, but essential to happiness.