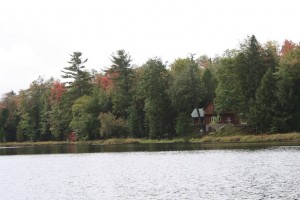 If you’re following our road trip then you know we hit the U.P via Wisconsin from Rockford, Illinois. This after a long stint in Beijing. Beijing is home to twenty million. The U.P has less than a million in the whole massive area. Needless to say, agoraphobia set in as soon as we hit the dimly populated area. One nice comparison is that there are probably as many birch trees in the U.P as there are people in Beijing.

Having come from a massive city, we found the U.P to be a delight. The people are tough, and remind us of the characters in Northern Exposure. They tell stories that end in “eh” and involve bear hunting, being snowed in for months on end or else hilarious tales of drunken debauchery as they were snowed into the tavern for the night. A great sense of humor and thick skin are prerequisites to living in the U.P. But more than that you need to love the outdoors, because they creep in, and in the U.P there is no contest about which side would win- humanity or nature. 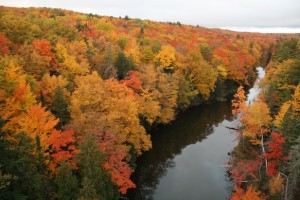 While in the U.P we baited bear, went fishing, hiked around waterfalls and up on the golden hills, and watched the leaves go from green to yellow to vibrant fire red.

See more of the epic photos of the leaves in transition on our photos page!