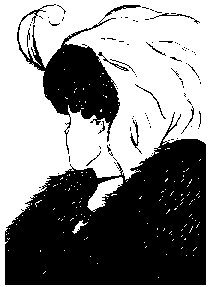 Is polygamy coming to China? Thats what some mistresses in the mainland are calling for after the failed ‘Festival of Mistresses’ on March 3 at 3:30 in China, 2011. The number three, signifying the third woman in a relationship, was intentional. But, how can mistresses elevate their status and shed what they claim is an unfair image while continuing to operate forums and websites on how to shake more money out of their married lover?

The hottest news in China at present, the Festival of Mistresses has highlighted the addiction many elites have to wanting it all. Mistresses are common, so common in fact that if they unionized they would control a fair amount of the luxury market in China.

The Huffington Post claims that in 2008 a full one third of the luxury market in China was fueled by these mistresses, a claim that in no small part shows the power these women have. They have organized themselves on forums and websites across the net and even have revenge systems in place so that if a lover wrongs or leaves a mistress the whole group retaliates.

As one blogger creatively noted, “Chinese mistresses are not taking it lying down anymore” a clever pun on the women’s hopes at bringing their relationships into the open. Although they would be unable to continue their occupation as a mistress once exposed (at east with multiple men or once one married man moves on), their could be come legal protection for women who register as mistresses to influential men.

Although plural marriages were common in China in the past, the concubine system fell apart during hard times when it was impossible for one man to support multiple wives. It was outlawed when the communists came to power in 1949. But, in the nearly 30 years of market reforms the practice has resurfaced, and some provinces are addressing it severely. 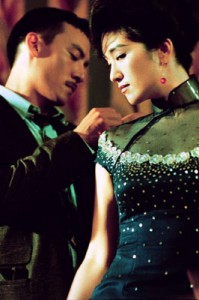 The Party in China has called for members not to take mistresses or indulge overly in a luxurious lifestyle. This to bolster morality in the party, according to the memo. Several cadres have already been fired once exposed by their so-called ‘second wives.’ In recent years a registrations process has become legalized so that a man with a constant mistress must register the relationship as corruption would result if it were kept secret. This is unlikely to get any real support or have any real controlling power as men have multiple mistresses and are unlikely to register any of them, especially since The Party has denounced the practice.

This whole saga can’t end well. It reminds me of the 2009 incident in which a man with multiple mistresses was in financial insecurity and decided to have a run off contest to keep only one. The first woman voted off was so distraught he drove off a cliff with the lover and other mistresses inside the car. Tragedy is what the end result of this lifestyle is, these women are only useful when they are young and the economy is good. This puts them in a dangerous and temporary position. Still, they choose this path instead of legitimate work.

So, where could this issue go from here? Its unlikely polygamy will become legal in China. For starters, the one-child policy makes polygamy unfair. If a single man marries multiple women and has a single child by each of them, he could be depriving other men the wives they would need to carry on their line. On a base level, money would be the thing that ensures one family name continues and not another. On a secondary level, it is unrealistic that the traditional Chinese lifestyle and norms could be overcome and polygamy accepted in China, making these arrangements the targets for rights groups, an issue China hardly wants on the international zeitgeist considering other rights issues. Finally, it is unlikely that primary wives would every allow mistresses any legal rights, which would in turn limit their own power.

It all remains to be seen, but in the short-term it is likely to be a hot topic in China until something else comes along to sweep this under the media’s radar until they soon forget it exists at all.

Beijing China concubines legality mistresses Shanghai
Previous PostFoods You Recognize, Uses For Them That You Don't Next PostLife in a Beijing Hutong – Part II

5 thoughts on “Mistresses in China Calling for Legal Rights”