Despite repeated warnings from friends that we’d come back covered in stranger’s vomit, we set out in a group of 12 from Beijing to Qingdao to lie on the beaches and then attend the annual Qingdao Beer Festival. Here is our trip report: 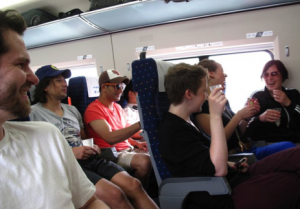 0600: We awoke to the third or possibly even fourth series of alarms on multiple cell phones and clocks that alerted us that we had already overslept by thirty minutes. We were set to meet the two Germans outside in fifteen minutes.

0730: Arrived at the Beijing South Railway Station in a panic thinking the train was about to pull out any second.

0731: Realized the train was scheduled to leave at 7:45. We then went to McDonald’s before boarding our high-speed train to Qingdao. The rest of the crew met up and we boarded in typical 7am fashion for a bunch of youngsters, with yawns and lazy high fives.

0801: The first bottle of Champagne was opened as the train started to leave the city. Glasses were poured (Mike even brought Champagne flutes for four. Classy.) 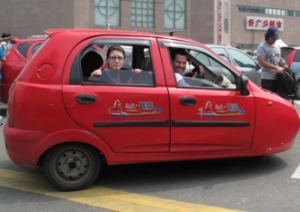 1200: Arrived in Qingdao to sweltering heat and humidity. The train station was alive with noise and, unfortunately, smells. Outside the station there were three-wheeled cars with simple motorcycle engines ready to whisk us (for silly fees) to our hostel.

1228: Arrived at hostel to find it wasn’t ready for us. We dumped out stuff, switched into swimsuits and hailed more three-wheeled cabs for the ride to the beach.

1311: Arrived at Qingdao Beach 1, a homage to the speech in The Matrix about humans being a virus. People were so close along the sand and in the water that from a distance it looked like a brown algae wave. We found a spot in the back, far away from the water that reeked of urine, and set up a small quilt of towels.

1400: A volleyball was procured and a three-on-three game was started. Chinese lined the edge of the court in confusion as we slammed the ball back and forth over an imaginary net, diving around in the sand as if there were real boundary lines. 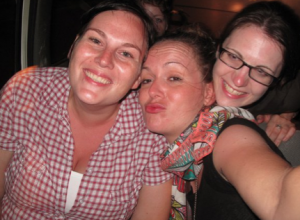 1532: The losing team had to bury one of their members in the godaweful sand. Mike was chosen and the boys promptly started sculpting inappropriate bodily features on the mound of sand that covered him. It wasn’t long before a small audience gathered to smile, point and most importantly, take pictures of themselves in front of Mike’s sandy new mermaid shape. They aren’t decent to post.

1605: We hopped in a van to get to the Qingdao Beer Festival. This was a decent sized, four-wheeled van. The ride took 45 minutes and naturally we all fell asleep on the way there.

1650: Arrived at beer festival. Found a tent and sat down inside it on wooden benches. Beer wasn’t cheap either, it was the opposite! We bought mini kegs and, naturally, drank them all too fast to realize they were costing us like $50 a pop. 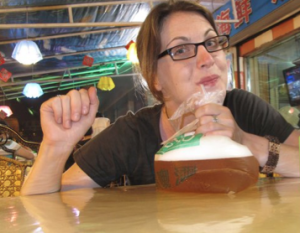 2000: We left the beer festival and went had an impossible time finding a cab. I jumped in front of a minivan and the curious driver took us down the street to get food and beer in a bag, which was the first thing we all heard about Qingdao and my secret beer festival dream. See happy faced me in image.

0900: Woke up, showered, ate and in some cases, vomited. Some people couldn’t get out of bed. We ate breakfast on the roof (again, some of us didn’t) and then headed to the beach.

1120: Arrived at Beach Number 2, which was WAY better than beach number one, which was the virus pit from hepatitis land. The beach was sandy and beautiful, and the water wasn’t over heated by urine and full of used diapers.

1600: We made it to the train station in time to catch our train back to Beijing. The ride back was less Champagne-filled than the ride there. Still, we were all slightly sunburned, happy and enjoyed our day in Qingdao. Here’s one final beach picture of Mike. 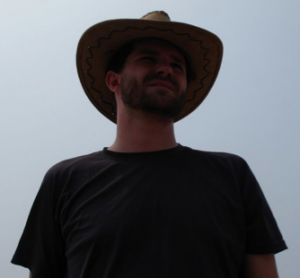