Road Trip Across the American Midwest 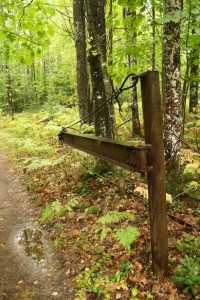 The American Midwest is a strange land. Daniel Tosh says middle America is for those who have given up on their dreams, and to some extent that’s what the scenery looks like. Lonely farm houses dot the highway, they face the road instead of their fields almost as if longing to jump on the road and escape the monotony of their farm life. Don’t get me wrong, living off the land and farming sounds like it could be amazing, but somehow in the Midwest they make it look draining and miserable. At least that’s how it looks from the window of a car.

We started our road trip from Chicago, having landed there from China in September of 2012. From Chicago we rented an SUV and burned fossil fuels to Rockford, IL. This town has, the residents told me, the highest per capita crime rate in Illinois. Nice claim to fame. A quick drive in the wrong neighborhood and I understood why. What was once a thriving industrial blue collar town has given way to massive unemployment as jobs were shipped overseas. Ingersoll was once based in Rockford, supplying thousands of jobs. They were bought by a Chinese company and moved abroad. Our last week in China we spotted an Ingersoll-Rand road paver. So Rockford went from a thriving industrial hub to a quasi wasteland of unemployment and quiet depression. Moving on. 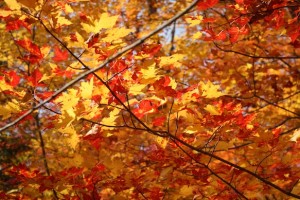 We then drove through Wisconsin to Michigan’s Upper Peninsula. But the scenery along the way bears mention. First, Wisconsin has some odd ideas about traffic diversions when roads are under construction. Narrowing a four lane to a one lane seems like a poor idea, Wisconsin. Just an observation. Also, your people are fat. Might want to take out the escalators and elevators and put scales at the bottom of the stairs as motivation. Just an idea, Wisconsin.

Michigan, you have some work to do as well. In 2008 the whole country kept a weary eye on Detroit wondering what would happen if the auto industry failed. Detroit no doubt suffered an unfair amount of the burden during the worst of the financial crisis. Luckily, we skipped this city and instead headed to the U.P. This undiscovered land is home to amazing beauty as well as hardy people. More on that later, Amy dear TC readers.

In the meantime, I’ll leave you with this short story about our arrival into Chicago from China. Upon landing in the US we were met with friendly smiles, helpful attendants and about the nicest car rental agent in the Midwest. This was a stark contrast to the rudeness in Beijing, and was a welcomed occurrence this side of the Pacific. Thanks, Chicago, for making our homecoming so warm!

The photos here were only one month apart, and we were up in beautiful leaf country for the transition!

2 thoughts on “Road Trip Across the American Midwest”