The Best Books About Quitting Your Job to Travel 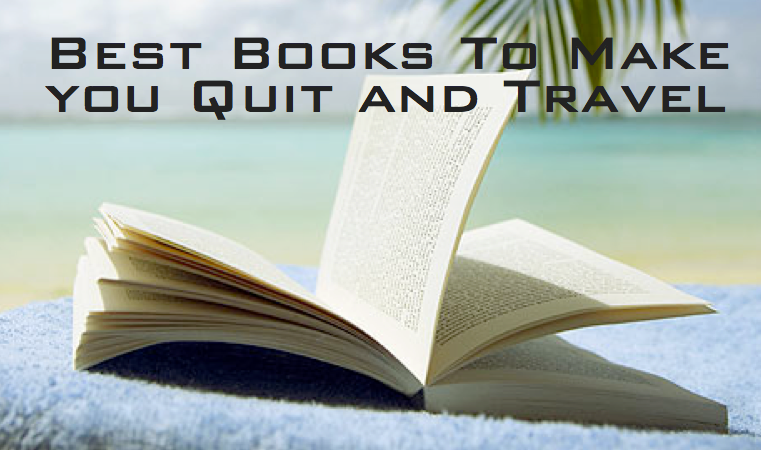 Books open a window into how another person sees the world. For travelers, we strive to see the world in new ways everyday– and reading is just one of the many ways we expand our vision. As an avid reader, I’ve collected quite the glorious bookshelf of travel literature, and as I go through the shelf, book by book, I feel a sense of nostalgia and joy remembering where I was and who I was when I read these books. All of them have, in a way, helped me to see the world in a better (or more honest) light. 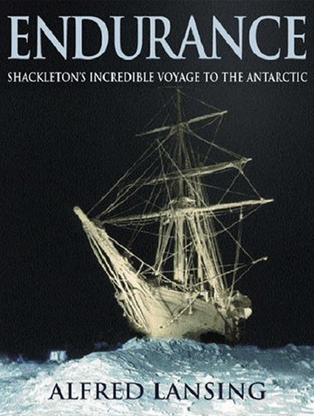 For over a year Shackleton and his crew survived in the frigid waters of the Antarctic seas, their ship crushed by ice and rendered useless. Yet they endured, and survived. No one would come to their aid, and indeed– no one knew where they were or would find their bodies if they sunk below the sheets of ice they floated on. Eventually they would set sail– in a life boat– and several would live to tell the tale. 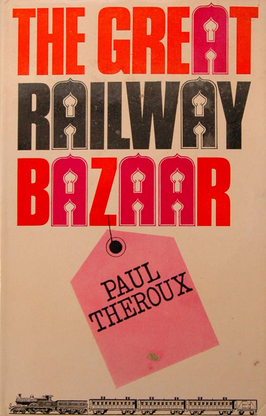 I’m not a fan of Theroux books in general because he seems to be on these epic adventures almost begrudgingly. His banter isn’t witty or interesting, it’s full of disdain, and it infects the patient people around him. I had high hopes for his books about China, and especially about train travel– something I’m passionate about and love. But still I have to say that this book is good– mostly because there are not many other great reads about train travel around the world, and it’s such a lovely way to move around.

The Geography of Bliss 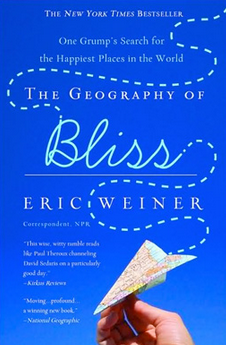 One man sets out to find the world’s happiest people. Shockingly, they aren’t all first world countries. Or maybe that shouldn’t be surprising at all. Still, I read this while on the road and always came back to the idea that Burma, despite its endless problems, is one of the top countries on my bucket list.

This book isn’t about travel, per say, but elements in Lin’s story bring the color and vibrancy and excitement of wanderlust to life. Lin, the escaped convict, disappears in Bombay to hide and find a new life for himself. He finds a lot more than that. What I love about this book is how well the setting plays into the story, and how important “place” is to the outcome and direction of each character’s life. 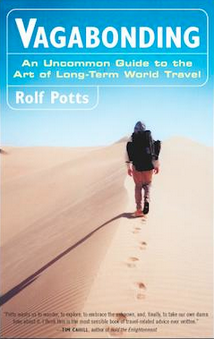 Like so many other travelers, I liked Rolf Potts book about life on the road. I read this sitting on a white-sand beach on an island off of Texas, and have a lovely picture of me in the sun with this travel book shading my face and filling my brain. Full of great insight and advice, this is a must-read for any world traveling hopeful.

The Sex Life of Cannibals 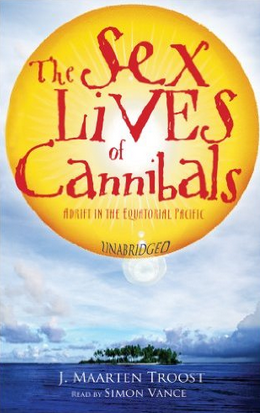 If you know where Kiribati is you’re ahead of where I was before I opened this book. Stranded on the island (by choice) this writer gives intersting, comical and witty insight into traveling around the islands, and a blunt and honest take on what will likely become of the small islands in the central Pacific.

Honeymoon with my Brother 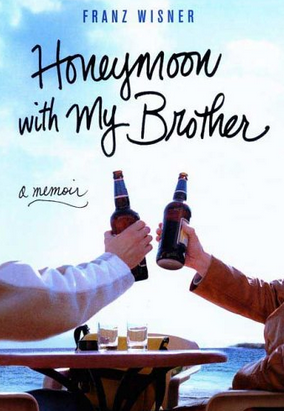 One of my all-time favorite travel sagas, this book tells the story of a man whose fiancee leaves him and he decides to take the already booked and paid for vacation honeymoon– with his brother. The two set off on a gloomy, bittersweet trip and end up falling in love with themselves, and who they are as people. It’s great because yes– they travel and see new things, but in the end what they really find is who they are. And fraternity.

You can’t have a travel book list without this epic. Although a lot of the history in Marco Polo’s tales are not accurate, he does an excellent job of painting a picture for readers. You get a sense of the Khan’s palace, realm and riches, but take it all with a grain of salt. Still, the book wouldn’t be what it is without a bit of exaggeration. 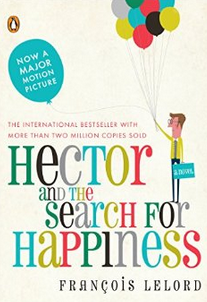 A therapist suddenly realizes that he works non-stop to make his clients happy while he himself isn’t happy. He has no idea what happiness is. So, he sets out on a trip around the world to try to find happiness. What I love about this is that in the end (spoiler alert) he doesn’t know why he went on the trip at all. He just ran from his life, and tried to find resolution on past experiences. It’s great because it doesn’t idolize travel. 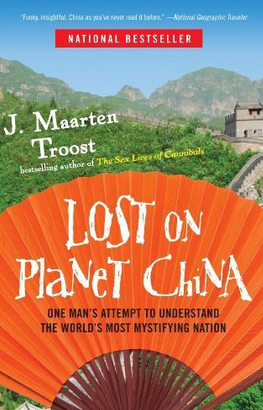 Written by the same funnyman who wrote The Sex Life of Cannibals, this read was hilarious for anyone who knows China. His first time in the country was full of missteps, observations and mistakes that all China travelers make– and later laugh at. And yet his insight into China and the Chinese was thoughtful and kind, almost loving. This book inspired me to wipe the slate and try to see each place anew every morning. 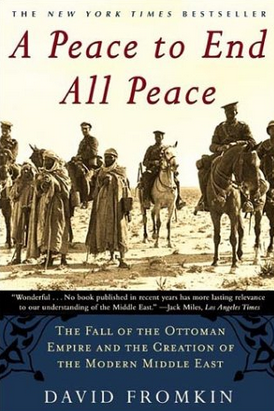 This isn’t a travel book, to be sure, but I read this when I was backpacking through Central Asia, the Caucus and Eastern Europe. And then, finally, I finished this book in Istanbul one day while looking out over the Bosphorus. It was fitting that I closed the book in Turkey, as that’s where this nonfiction account of WWI and the ridiculous aftermath began– with Churchill looking out on the same waters. This book, like many travel literature, framed much of the rest of my travel through Europe. Why are boundaries and borders where they are? And was a temporary peace worth the lasting conflict these lines in the sand created? 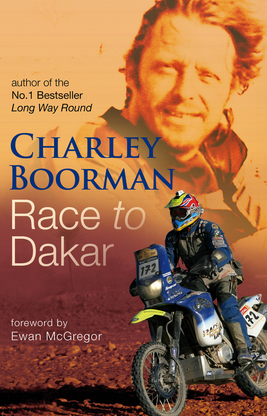 I love Charley Boorman. I don’t know what it is, but there is something about this guy that is instantly likable. Maybe it is his friendship with Ewan McGregor that elevates him to such “cool” strata, or maybe it’s the fact that he is man-boy who was able to keep his hobbies as his primary job well into adulthood. And not only that, but he manages to make it in everything he tries– including writing. But his real passion is a good road rally, and I have that passion as well (though not as fast or to the same level!) 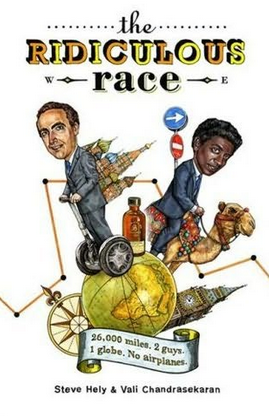 While in Shanghai, I read a lot. I read on the subway (with the book pushed flat against my face from the crowds) and I read on the bus (with a lap full of cabbages to store for winter). And when I was reading this book, I laughed a lot out loud, causing the Shanghai-ren around me to laugh too. This is the true story of two young men who decide to set off around the world in opposite directions and race back to again– a circumnavigation of silliness. I loved the idea of two friends setting out on adventure– and it was all the more comical knowing they were apart and yet always thinking of how to best one another. 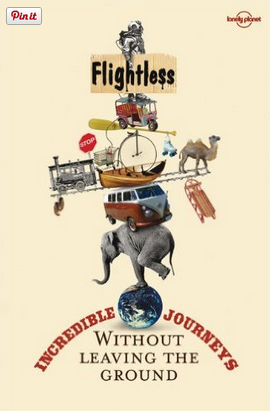 We travel by ground transportation a lot since I’m not a fan of flying, so Flightless– the tales of people who travel without flying– was perfect for me. I loved the idea that other people are out there with the same mindset. It’s always good to get reassurance. For me, travel isn’t about flying over the ugly parts– it’s about all the parts. And that, my friends, has landed me in some ugly territory at times– but those memories are just as priceless as the beautiful ones, and often more memorable. 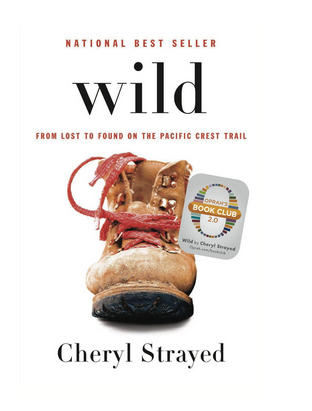 When the person who is your anchor in life dies, what holds you together? For some people, the answer is, “I don’t know,” and that was the case with Wild. One woman sets off to try to find herself on the Pacific Coast Trail– and ends up walking for a long, long time before she finally does. What I liked about this book was that the author doesn’t hold back. She made big mistakes and wasn’t too shy to tell us all about them, in all their dirty details, just to highlight how important it is to be outside, in nature, moving and nomadic. 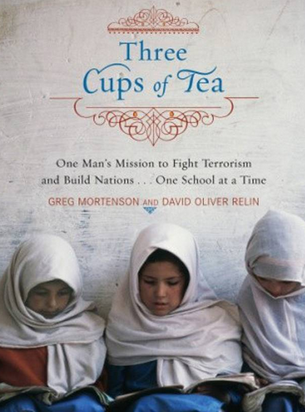 Despite the controversy over his books, I liked Three Cups of Tea, and read it when I was in Uzbekistan, not far from the lands he was describing. I loved his descriptions of the villages, of the cultures, of the way of life I’d never likely see. And, ultimately, I loved that there was a person out there brave enough to go into the chaos of Pakistan and try to help young girls get an education. 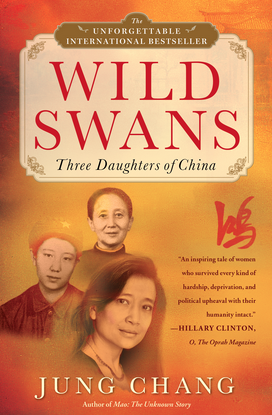 Again, this isn’t a travel book, per say, but it is an excellent book that inspired me to want to travel to China– to really see the China I had missed in prior visits stuck in the cities. After reading this book in Illinois, I set off for China and backpacked in the western provinces for several months. At last I had seen more of China– that land outside the major cities that so few travelers really see. 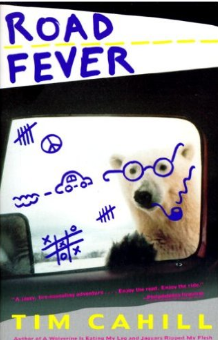 One of my all-time favorite road rally books begins with Tim Cahill deciding to drive from Tierra del Fuego (the most southern point in South America) to Prudhoe Bay, Alaska (the most northern point in North America) by truck. This book is insane, and covers deserts, ice lands, bandits and a whole lot in between in a record 23 days. This is part of what inspired me to want to participate in the Mongol Rally. Thanks Tim, for the inspiration!

If you know of other great travel books, let us know in the comments and we’ll add them to the list!

best books about travel quit your job and travel books
Previous PostIn Conversation: Ryan Pyle of Tough Rides on China, and Why He ATCs Next PostCanoeing The Boundary Waters: A Guide