The Best TV Shows About Quitting Your Job to Travel

If you’re sitting around watching TV all day, you’re not out seeing the world. Let’s face it though, every traveler knows that downtime is important to long-term travel happiness. Once, in Kashgar, sick with dysentery and heat exhaustion, we spent an entire day at a hostel watching TV shows on our laptops. Was it a proud travel moment– no! But it’s the truth about long-term travel. Sometimes, the museums and back-alley photo shooting expeditions can wait. Here are the shows we devour, and that inspire us to travel.

This is one of my all-time faborite travel shows because Ricky Gervais’ comedy coupled with the witty banter of Karl Pilkington is a hit. Gervais and his buddy Stephen Merchant send Karl out into the world, intentionally directing his travels to the hardest places on the planet for a normal London bloke to survive. An epic prank against Karl turns on its head when he starts to love the adventure, and comes back for an additional two seasons.

I’ll admit that I’m late jumping on the Anthony Bourdain bandwagon, but now that I have– I’m hooked. I love how he mixed tidbits about the countries he travels to in with great food and witty banter. I resisted watching because I don’t like cooking/food shows, but this is a whole lot more. And now I’m constantly craving foods I can’t find at home. 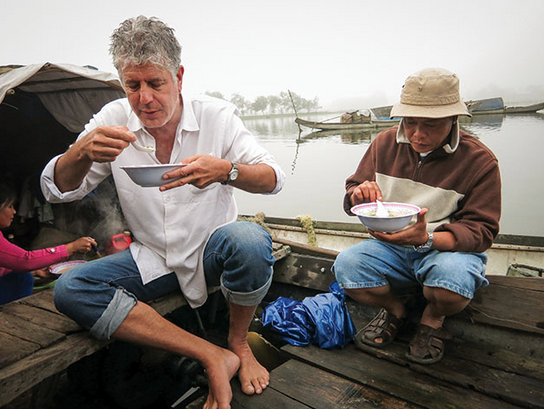 Long Way Round and Long Way Down

As a motorcycle fan, these shows about traveling bikers was an easy sell for me. I started watching it when I heard Charley Boorman was competing in the Dakar Rally– I want so badly to participate someday in a Kamaz. I love their friendship and the way they travel and try new things together. Ewan McGregor may be a big-time Hollywood star, but when he’s with Charley he’s just a pal, and these two kids are out on adventure together.

I’ll admit I’m not into reality TV, but this show has captivated my attention more than a few times. I’m not a die-hard fan, but if I catch an episode here or there I’m happy to be seeing more of the world. Travel is already awesome, so I’m not sure why there needs to be money and a game attached to it, but hell– it sells.

This travel series, although old, was one of the first to really captivate armchair travelers. And like a few of the other best travel shows, it’s by Michael Palin.

Loads of people were caught up in the drama and chaos of the series, but we were just excited to be seeing a new place. And what kind of travel is more extreme than time travel? 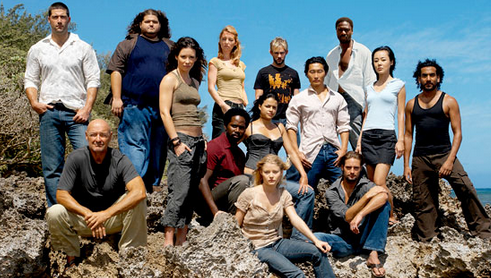 As historians and travelers we were geared up to love this show– and we do. I think it could stand to go more into the history and relevence of the myths, and also branch into lesser-known figures, but all in all– we’re hooked.

Around the World in 80 Ways

This was a hilarious concept for a show and I could see myself trying to do this in a country just for a bit of good fun.

Her passports are great insight into travel, and whats more important– this was one of the few shows aired in China on the English CCTV channel, so we got to know her quite well over the years.

These two world-traveling backpackers have finally landed in the big time with this series documenting their trips around the glove. 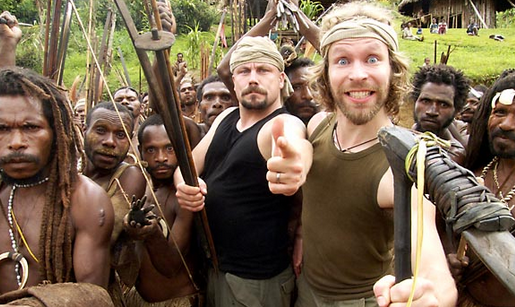 This show starring Andrew Zimmerman was a short-lived follow up to Bizarre Foods, which, again– isn’t really our thing. We did, however, like the idea of drawing attention to the world’s most interesting and unique things– whatever they are. It’s so fun to learn about other cultures before you visit so you have some insight into what you’re eating/seeing.

Around the World in 20 Years

This British documentary is only one episode, but it’s captivating, and Michael Palin has other episodes around the world that really make this a complete picture of one man’s travels through time and place.

A lot of people don’t think of this as a travel show, but I’ve seen them in Africa, and the US, and South America and riding up to the North Pole in a truck/dog sled– and all the while they follow their passion for motorized fun. It’s great to travel, but traveling with passion is even more enlightening. 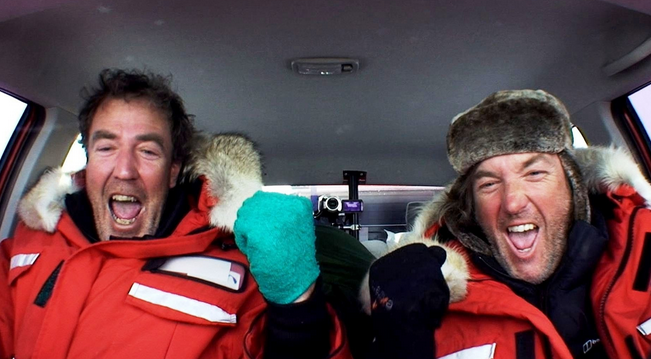 Have other suggestions? Let us know in the comments below.