The financial world is a bit of a mystery to me. I view it as a completely made up profession. Perhaps there were not enough other jobs in the world, so a group of enterprising folks banded together and said, “lets make a whole occupation wherein all we do is talk about money.” And these innovators do not just talk about money, they actually made up a whole new list of things to do with money. Hence, the stock markets were born. Stock markets, in my mind, are necessary for only two things. To help companies who cant make a profit the old fashioned way (hard work) and to give thousands of people across the world a reason to buy a newspaper.

Its a fact that the largest newspapers in the world are the ones that cover financial new. Look at the Wall Street Journal, for example, or Reuters. Note that Michael Bloomberg (creator of the bloomberg analysis machine for finance) is now mayor of America’s most powerful city, New York. To me this is evidence that this made of profession is like a union, they vote for each other, read each others news, share in each others trials and tribulations and, most importantly, pretend to be friendly with each other when secretly each wishes the other’s portfolio would collapse so he could snatch up cheap shares. Yes, the financial world is an interesting thing. And a very easy study on human nature. If you ever get the opportunity, go spend a day around Wall Street. Notice how everyone in the made up profession is seriously over serious, self absorbed and usually walking around with a newspaper in one hand, a Starbucks in the other and a bluetooh in one ear (if not both, the ultimate status symbol!) 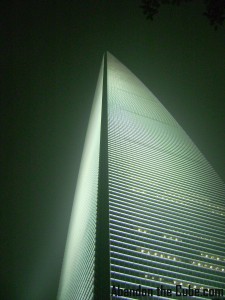 The company I currently work for will remain nameless, partially because I fear our compliance department scours the internet for company mentions and would not look favorably on my unfavorable view of the industry, but also because it is a British firm, and I worry that perhaps my perceptions of the financial world are really just perceptions on the British, who as a nation exhibit similar characteristics with everyone I’ve ever met from the US involved in stocks and trading. However, my nameless company employs a multinational crew, perhaps to balance out their views and give a more accurate perception of global market trends? Perhaps, also, because they can sell the image of a “multilingual, multinational staff” to clients as a marketing tool. I suspect the later, having learned that there are not truly good deeds (at least when it concerns money.) The company’s goal is to sucker investors form the UK into buying stock in Chinese companies. Its a wonderful idea, except that the global economy is crap at the moment, and there is really nothing worth putting money into. As the editor, every report our analyst write comes across my desk, and to date I have not read one report I would put even a dollar of my money on. For this reason, I have come to see investing as gambling. I have a better chance of striking it rich in Las Vegas, in my mind, then by investing. Every morning I watch the analysts scurry about with worried looks on their faces as they open the bloomberg to see a ton of charts that all show what looks like a hill, the downside being the day’s share price. They gather like flies outside the building on the marble entry way and look across their cigarettes at each other and shrug, “cant control the markets!” But, the most fascinating and horrifying aspect of all of this is, in the last several months of reading reports I have rarely seen a SELL recommendation. No, these scared and worried analysts are advising clients to BUY! “Hey, prices are cheap, why not buy now?” they suggest, and yet the hill on the bloomberg continues to go down. Do they feel guilty for asking someone to put money on their way of thinking? Perhaps, but more than likely they are thinking about their end-of-the-year bonus, and wondering if they wrote enough reports to get a great bonus, despite market performance.

In this made up industry there are loads of made up people. People who feel like they are the most important beings on the planet, and radiant information as well as hold the key to information that could (if they were so kind as to reveal it) make you a millionaire. When the phone rings in the office the analysts will snatch at the receivers and drone on as if bored, when really they are beaming at being noticed, at being inquired upon. They have knowledge to impart, and finally a student has called for a lesson. Such is the mentality of an analyst.

Perhaps it is unfair, you think, that I chide these poor, hard-working analysts so. Let me give you some industry-specific info. These people are the kings of faking it until they make it. Many of them do not have degrees, or any basis from which to be so knowledge imparting. No, they entered the firm as an editor (why, that’s me!) or as an assistant, and then, over time, they worked their way up by coming in at 7am and leaving at 9pm and generally learning the art of google hunting and Reuters coding. These people deserve credit, don’t get me wrong, but on the inverse I really do not trust them with financial information. Take, for instance, Steven Hawking. If he said tomorrow the world was flat I just might believe him. Having never been to space, the roundness of the earth it just as likely a myth as its flatness, as far as I personally know. In the financial world there is no one I really trust, especially given the recent collapses in the US markets and the overall decline in global stocks (with massive small-cap de-listings) in the past year. Case and point– experts always point to a bubble after it has burst. Not very helpful. Why then are these people called experts when all they can do it point out the obvious and then debate what will happen (not even suggesting ways to mend things, but just how to benefit and when to sell before the other guy does). Again, not very helpful, in the grand scheme.

Forgive the cynicism, reader, but unless you have spent months on end listing to pointless financial banter, then this diatribe (nay! this monologue) will seem as pointless as the occupation in berates.