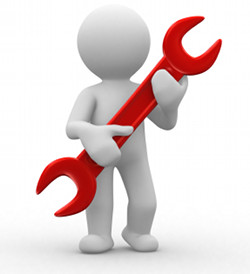 Well, a few years ago we did a post on the sink saga, which nearly resulted in the death of several repair men who were standing ankle deep in dirty sink water when they realized all the outlets were about ankle deep plus a half a centimeter. I dove at the shut off for the power and we all made it through the day. The sink took several days of repairs, though.

Now, a few years later we encountered another electrical appliance problem in China. This time, massive thunderstorms and flooding in the hutongs resulted in some of the appliances shorting out. One such appliance was the water heater in the bathroom. So, like any good renter, we called the landlord. We encountered, then, a shocking (read: ironically not shocking) dead signal. She would be no help.

Mike found a repair man in the street and invited him over to have a look. He climbed up to have a peep and dropped his wrench, shattering our sink. He then sulked off and came back with a tiny, cartoon sink. Which he installed and replaced “for free.” By which he meant, the RMB250 service charge for repairing the water heater covered the sink and his time.  Needless to say, this wouldn’t be a saga is it ended there. Nope. The repairman left and the water heater broke within hours.

He came back. Fiexed it again. It broke again.

He left, he came back for a third time and “fixed it” he left, it broke again.

I could write this out five more times to show how ridiculous last week was, but that’s just annoying. He left five times and came back six. On the final visit he was not a happy camper, he finally pulled out electric equipment and checked the power. Yup, it was blown. Could have started with that in the first place given we told him it shorted in a storm. Sigh…. 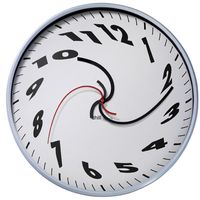 On the final visit, visit number seven I’ll mention, he fixed it, waited two hours to make sure it wouldn’t break again and then left, he had now taken around RMB300 from us for breaking our sink, ruining a week of our lives, trashing our walkway with dirt and making a nuisance of himself. We were at the point of calling the police on the repairman for charging us without fixing the problem. Still the shower is working at the moment, but if it breaks again this saga won’t have such a happy ending.