Why I Dont Own a Cell Phone 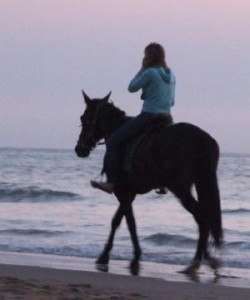 This isn’t one of those hippy diatribes about the body corporate, or a quasi-scientific spiel about the plausible connection between tumors and constant reception (although I hear that’s a serious upcoming issue). Its just a simple explanation about one person’s decision not to own a cell phone, and why.

First off, the commitment. I don’t own anything else I have to sign away years of my life for. Two year contracts! You have to be kidding! And if you move somewhere that isn’t under their coverage they’ll drag out the process making you pay for months on end while they ‘verify’ your move. And you have to send them copies of your bills with your new address on them! Why not my birth certificate, or my dental records? I moved to China and Verizon took months to let me out of my contract! No wonder commitment is scary– you no longer want a service and yet you could be forced to keep it until your contract is up. Now that’s harsh!

Second, the lack of serenity. I don’t think I’m that important that I need to be reachable at all times. Also, being able to be in the moment is hard enough with all the ADD distractions, I don’t need to be texting someone or twittering how my lunch is going in order to enjoy it. Every once in a while I can watch a TV show or take a walk without being interrupted or snapping a picture of the moment and sending it to a friend with cute little smiley faces made out of parenthesis and colons.

Third, planning is lost. Without cell phones none of my friends seem to be able to make a plan and carry it through. They say, “ok, text me directions and call when you get there” and I try to explain that we’ll have to plan ahead and just trust that the other person will be there. I know it’s a lot to ask, but hey, our parent’s generation managed to meet their friends at the milkshake café or whatever without carrying a phone in their pocket.

Finally, and this may seem pedantic, but the ring tones are just a ridiculous way to accessorize and/or feel special. I don’t need to impress my friends with a shiny bejeweled talk box that has Morgan Freeman’s voice telling me who is calling and doubles as a camera, calculator, thermometer, organizer, computer, and voice recorder. I just don’t need more stuff distracting me from real life and interrupting me when I’m enjoying it.

9 thoughts on “Why I Dont Own a Cell Phone”