We moved to North Carolina! Yup, we’re staying in the ol’ US of A for a while and have settled in a second-tier city on the east coast called Winston Salem. The town was home to the Reynolds Family, and, of course, the seat of much tobacco growing and wealth. But it was originally a Morovian community, and much of that heritage exists today in pockets in what was once the Salem part of the two towns. 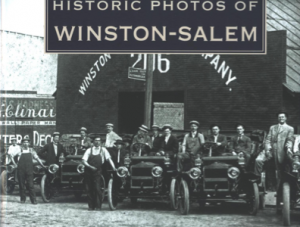 Aside from tobacco, other big businesses have sprouted in WS, including Wachovia, Hanes, Texas Pete, Krispy Kreame, and Piedmont Air. The single most facinating thing about WS is the fact that it exists on a space-time continuum, or a black hole. Sine it wasn’t a planned city, like Beijing for example, the streets in Winston Salem flow like wild rivers. One road may weave and twist and turn and possibly even cross over itself all without changing its name. Getting lost in town is easy and a sense of direction is lost on this place where even magnets give up trying to find north. 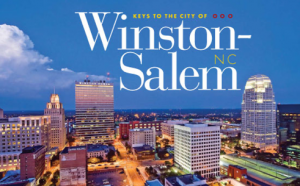 The weather shoots up and down like the ball on a mobile yoyo. We’ve been here a month and we’ve has hypothermia weather and sweaty, humid gross weather. I’ve seen people out in shorts with blue patellas, and other folks out in snowsuits scratching their heads with woolen mittens as they suffocate in the heat. And all this oscillating means things bloom, die and then try it all over again on the next warm day. This includes the plethora of oddly over sized spiders that inhabit the mounds of kudzu.

One thought on “Winston Salem, North Carolina — Our New Home”