On the road last year I read several travel books. Below are a few reviews of some of the amazing adventure tales I’ve enjoyed reading, I hope you’ll find something you enjoy from this list as well:

, by Tim Cahill. It is a rare thing that I read a book in one sitting, but that is exactly what happened once I started reading Road Fever. Cahill and long-distance driver Garry Sowerby race to set a new world record from the furthest southern point in South America, Tierra del Fuego, to the furthest northern point of Prudhoe Bay Alaska. They did this amazing feat in 32 1/2 days, a Guinness World Record. It isn’t just the feat that is amazing, it is the fun series of adventures Cahill and Sowerby find themselves enjoying while setting new records. I left this book in Turkmenistan. 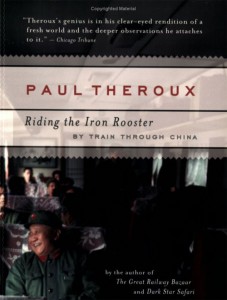 & Ghost Train to the Eastern Star

, by Paul Theroux. While it is no secret that I dislike Theroux’s writings for their stuck up, holier-than-thou feel, I did enjoy reading these two books in so far as they provided insight into the areas we would be traveling through by rail. Theroux is notorious for his use of ground transportation, an idea we can fully support. Nevertheless, his constant complaints about food and sanitation become pestering the more pages you turn. In Ghost Train to the Eastern Star, Theroux retraces a route he took as a young man, and notes the changes. This had real potential, but fell short because he brought along a cell phone, laptop, and an older man’s need for amenities. I left one of these in Shanghai, and the more recent book in Uzbekistan.

, by Tom Bissell. Another former Peace Corps volunteer becomes a writer. Bissell became deathly ill while serving in Uzbekistan, and was sent home before completing his two years of service. Once healed, the more-healthy and mature Bissell returns to Uzbekistan to finish what he started– a trip to the Aral Sea. Filled with historical insight and a bit snobbish critic of the area and its people, Bissell is no doubt an expert on the country’s water waste and the diminishing Aral Sea. Nevertheless, it is a bit long-winded and egotistical, focusing on his own return to Central Asia and his misadventures more than the people or region. Ironically, I left this book in Central Asia when I departed.

, by Lonely Planet Publications. This compilation of tales focuses on people who have chosen to travel without leaving the ground, proving that getting there is more than half the adventure. Some of these amazing folks are featured on our Famous Adventurers page but since the book details the by-ground trips of some 26 adventurers, we could not feature them all. Traditional ground travel includes trains and automobiles, but some of these adventurers travel by camel, Vespas, canoes and bikes, some even crossing the oceans in man-powered vessels for charity. This book will really make you rethink your next flight, and consider how much you are missing by flying over the adventure instead of going through it. This book is in my collection in the USA. 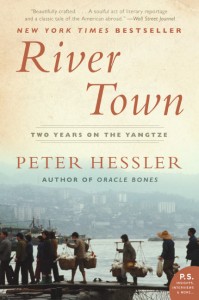 , by Peter Hessler. Like many great travel writers, Hessler got his taste for travel in the Peace Corps while assigned to a small town on the Yangtze River teaching English. He studied Mandarin Chinese daily, and slowly became fluent in the world’s most difficult language to master. Meanwhile, he spent his time trying to understand the people he worked with and around, and to delve into the culture without holding back. As a result, Hessler’s books offer genuine commentary on the Chinese and their massive country, as well as an un-egotistical vantage point from which readers can enjoy a foreign country. River Town, his first book, is the tale of his Peace Corps assignment while Oracle Bones is a montage of information Hessler gleaned while living in Beijing, interviewing locals and learning more about Chinese history and language. I lent a friend one of these books never to see it again, and the other is in my collection in the USA.

, by Charley Boorman. Charley Boorman and longtime travel partner Ewen McGregor have set off around the world together on their motorcycles and then composed Long Way Round.  In Race to Dakar, Boorman sets off on his own. While the writing is not 100%, the adventure is, and Boorman details his planning, launch and then start in the Dakar Rally. While he was injured and did not finish the rally, Boorman healed up and continued on several other adventures, including another trip with Ewen McGregor called Long Way Down

. We were excited to read about these rally adventurers because of our own upcoming Mongol Rally adventure. This book is soon to be shipped to a friend in Central Asia, which I think Charley Boorman would appreciate.